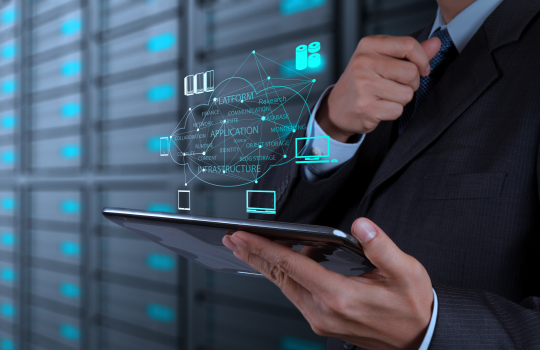 The horizontalization of the technology supply chain has been one of the most prominent threads in the debates about insurance modernization. Insurers are moving further down that path through the increasing adoption of cloud/software-as-a-service-based core systems, according to a Novarica Research Council Study: Cloud/SaaS in Insurance Core Applications, authored by Chuck Ruzicka and Tom Benton, both VPs of Research & Consulting at the Boston-based firm. Whereas the question insurers formerly asked themselves was “Build vs buy?” they are now moving to the stage of “Buy vs RENT,” according the authors.

The study, based on responses from insurance CIO members of the Novarica Insurance Technology Research Council, covers drivers of SaaS adoption, criteria for evaluating vendors, adoption by sector, realizing benefits, and calculating RIO, as well as discussions of success factors and special challenges.

Among the study’s key findings are the following: 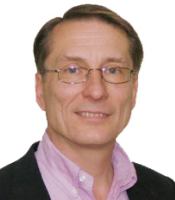 Insurers’ progress on adoption of cloud/SaaS for core systems is the result of cautious experimentation, suggests study co-author Ruzicka. “First they experimented with non-insurance systems, such as HR, CRM and even email and liked their results,” he says. “They’re considering the costs of bringing in a new system and managing it themselves, even as vendors are making increasingly more attractive proposals for faster deployment in the cloud.”

Acceptance of the cloud/SaaS value proposition has been gradual and cautious to the point of reluctance, according to Ruzicka. The greatest concern insurers express is about the security of sensitive customer information. Nearly 70 percent of respondents to the Novarica study indicated that security was a very important consideration.

Insurers naturally don’t want to lose control of such a great responsibility, and that encourages an assumption that their own environment is the safest. However, Novarica finds that many carriers, especially smaller ones, lack the resources needed to invest in the security and disaster recovery provisions that SaaS environments typically provide.

“While the issue is real, in that no environment is 100 percent secure, carriers are usually in a better position in a vendor’s cloud environment because it’s certified and has full time staff dedicated to quality,” Ruzicka comments. “In short, they’re likely doing more to protect your data than you might.”

The cloud/SaaS option still presents difficulties for capabilities such as single sign-on, but a good partner can provide such capabilities in a secure environment, Ruzicka insists.

While insurers are increasingly seeing the value of letting a partner host core systems, they struggle to quantify that value, according to the study. That’s in part because it’s hard to get an “apples-to-apples” comparison between on-premise vs. cloud-based options, according to Ruzicka.

Insurers tend to compare a SaaS implementation against their internal measure for a comparable system. The problem with that is that leaves out infrastructure components that are part of the overall environment, and which the vendor partner must have and price for. Even carriers aware of those considerations find it challenging to quantify the relative costs and benefits. Those who are not aware, may assume that SaaS/cloud’s advantages are offset by vendors’ profit margins.

“There’s a perception that SaaS costs more, when in reality that reflects a misunderstanding of what a comparative environment would cost,” Ruzicka notes.

Carriers resisting cloud/SaaS often also make the mistake of evaluating the technology stack rather than the capability delivered. It’s an understandable consideration for CIOs conditioned to think like a technologist, but the value of cloud/SaaS requires a rethinking of the CIO role as a consumer rather than a producer.

“They evaluate as a developer when they should simply be asking whether the offering is a strategic tool that will survive,” Ruzicka explains. “Not, ‘Do I like it?’ but ‘Is it a good tool?”

That insurance CIOs should continue to resist giving up this kind of involvement and control is not surprising; what is, according to Ruzicka, is that so many do embrace cloud/SaaS. “Of our sample, 24 of 70 respondents have a core system in the cloud,” he reports. “That’s high, and probably more than most industry observers would anticipate.”