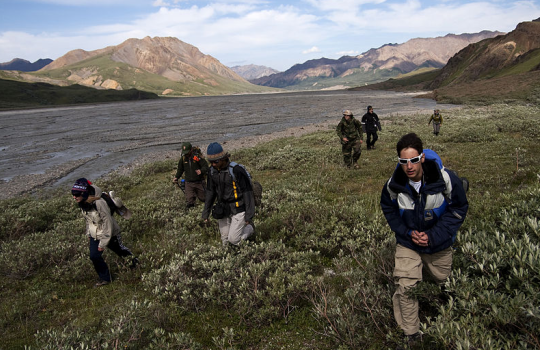 Insurers see themselves as faced with the double threat of rapidly emerging technology and an emerging generation of customers who have grown up using it. The threat of the technology is obvious, but the qualities of the emerging generation turns out to be more nuanced—particularly with regard to its disposition toward technology. The ways that Millennials are and are not digitally inclined says something important about how insurers should interact with this generation, but also about the nature of digital service itself.

Millennials—meaning people born between 1980 and 2000, and also known as Generation Y—unquestionably present new challenges to insurers and other financial services companies. A 2014 report from Corporate Insight described Millennials as risk averse, cost conscious, and skeptical. A recent report from TIAA-CREF confirms Gen Y’s cautious disposition, in part rooted in their experience of the financial crisis of 2008 and its subsequent recession. Only 56 percent of the 1,000 adults nationwide that TIAA-CREF polled said that they are counting on Social Security to provide income in their retirement, compared to 76 percent of 35- to 44-year-olds and 73 percent of 45- to 54-year-olds.

And yet, while Millennials’ attitudes toward financial institutions may sometimes verge on the cynical, they are surprisingly pragmatic about retirement. Sixty-one percent say they would be willing to devote a portion of their retirement savings to an investment that will provide a monthly payment for the duration of their retirement—the highest percentage of any age group surveyed by TIAA-CREF. However, despite the strong desire for guaranteed monthly income, 72 percent of those in Gen Y are unfamiliar with annuities, and 62 percent say they don’t know if their retirement plan even offers an option for a monthly payment in retirement.

Education can certainly help insurers to educate Millennials about products that can help them, and technology can doubtless play an important role. Online retirement calculators and other tools might even benefit Gen Y customers more than those of other cohorts. At least, that would be a reasonable conclusion starting with the premise that Millennials are people who grew up with digital technology and prefer it to conversations with agents and financial advisors.

But that premise is wrong, according to Michael Fitzgerald, senior analyst at Celent (Boston) and co-author with Craig Weber of the report “Innovation in Insurance: A North American Consumer View.”

“It’s easy for people to say everything for younger consumers has to be online, but we took a deeper dive and divide into what they preferred based on the type of financial services transaction, whether simpler or more complex,” Fitzgerald relates.

The results of Celent’s research challenged two long-held assumptions, according to Fitzgerald: first, that younger consumers prefer self-service over the web above all other interaction types, and secondly that they do not want to conduct business by personal interaction. “But they answered overwhelmingly that they preferred face-to-face interaction for complex transactions,” he reports. He and Weber elaborated within the report:

Celent believes that one explanation for this result is that youthful purchasers of products, particularly insurance and financial instruments, want assistance in understanding and navigating their choices. The vision of a future landscape of largely disintermediated service and distribution, motivated by the online preferences of a younger purchaser, is not supported by this data. Innovation in customer service for the current and next generations of consumers should support the process and data hand-offs required to facilitate customer service across service methods, including face-to-face interactions.

Researchers tested a variety of assumptions about Gen Y in a U.K.-focused report “Born Yesterday: Will Millennials Disrupt the Insurance Industry,” commissioned by Pegasystems (Cambridge, Mass.) and Capgemini (Paris). For example, in their inquiry about Millennials’ attitudes toward financial matters and the digital world, researchers posited that Millennials are uninterested and even hostile to financial planning, and that they are digitally very savvy and confident. However, respondents said that they don’t see themselves as particularly digitally savvy, and that the majority live for today and plan for tomorrow equally. The findings were more nuanced. For example, when it comes to factors Millennia consider when selecting insurance, after reputation of the insurer (70%) and ease of purchasing (38%), respondents cited “availability of real people to talk to at insurer” (25%). And whereas one might expect younger Millennials to be even more steeped in digital culture, in fact those in the 18-24 bracket showed a stronger preference for talking to real people. The study also found that Millennials turn to parents for advice before the Internet. When it comes to the purchasing process, online searching and comparison ranked above recommendations from family and friends. Social media ranked very low.

The study’s finding of Millennials’ preference for Internet research and purchase, on the one hand, and desire to talk to real people, on the other. Reflect an important nuance. While respondents didn’t see themselves as particularly digitally savvy, it’s clear that by the standards of older generations they may be. As generational theory Paul Redmond writes in the foreword:

The point that emerges isn’t so much whether Millennials are tech-savvy according to a given definition, but rather whether it’s reasonable to expect technology-based interaction to supersede all human-mediated transactions. In this regard, technology is indeed a moving target in the way the above passage suggests. How do we adjudicate whether a telephone conversation is or is not technological? It simultaneously is and is not.

It may be that one day artificial intelligence will enable self-service that is as satisfactory as a human-to-human interaction, whether in person, on the phone or via Internet chat. But for the time being, certain purposes require human interaction—even for Millennials. Information technology is great for doing certain things far better than humans ever could, e.g., processing vast amounts of data. However, when it comes to customer service, technology should be valued for its ability to enhance human processes—including self-directed ones—rather than to replace them.

Redmond notes that in his research that there is a trend for “digital natives” to become gradually “digitally detoxed,” and he sees a growing preference among Millennials for face-to-face transactions. “While digital communications remain integral to this generation,” he qualifies, “when making financial decisions or purchasing insurance products, a strong bias exists for wanting to deal with actual people as part of the final decision-making process.”

Redmond adds that this may explain why Millennials remain disinclined to interact with insurers via social media. “When it comes to critical financial decisions, social media is still viewed with some suspicion by the very people for whom it has been developed,” he says. “Many organizations over the past decade have overlooked this critical factor—with occasionally costly consequences. For Millennials, ‘quality’ service equates to direct access to an interested, informed, and socially skilled human being—not a call center operative passively reading a script, but a genuinely engaged person.” That’s not to say that self-service isn’t an important avenue, insists Rob McIsaac, senior VP of research and consulting at Novarica (Boston). “Fundamentally it’s about the right channel at the right time, and for Millennials much more likely to be an omni- or channel-changing experience,” he says.

As much as Millennials prefer face-to-face interaction, even this will be different than the relationships their parents or grandparents had with advisors, McIsaac cautions. “Face-to-face contact will be about when Millennials reach a particularly complex point in the purchasing process, but I think they will also be looking for different kinds of products,” he adds. “It will be more about simplicity for them, which will mean more self-service too.”

For more of IIR’s coverage of Millennials, explore the following links:

How Millennials Will Shape the Future of Insurance

What is Driving Gen Y’s Improved Satisfaction with Auto Insurance?