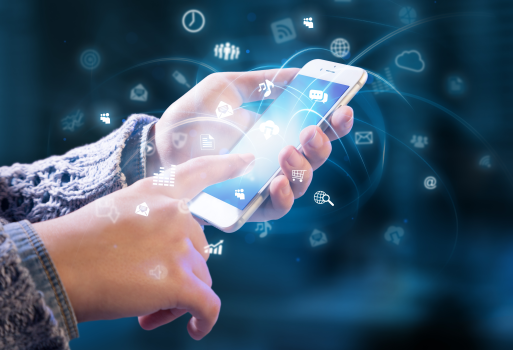 Insurance carriers already know that smartphone apps, email, and online chat lead to higher customer satisfaction. The rising popularity of smartphones has also led many insurance companies to build versions of their websites optimized for mobile browsers and to offer dedicated apps that allow users to get quotes, submit claims, and manage their policies. Mobile apps for usage-based insurance (UBI) add another element to a market that has previously relied on small devices plugged into onboard diagnostic ports. Smartphones have the capability of connecting tens of millions of drivers to UBI services.

Insurance companies are unveiling mobile apps that gauge driving behavior through smartphones to set insurance discounts and renewal strategies for motorists and fleets. There is huge momentum and excitement around the use of smartphones as enablers of information flow to be used in UBI and risk identification. The value of the smartphone, of course, is that virtually everyone has one, and the incremental air time to transmit data is a trivial expense to the user. Thus, smartphone apps represent a potentially free resource which can be used to improve insurance risk prediction, a significant cost departure from previous UBI programs.

UBI programs that rely on data from smartphones will be the rule rather than the exception in the not so distant future. However, the adoption challenge is two-fold: first, the accuracy of smartphone data must be on par with the same readings from a plug-in device; and secondly, the smartphone app data must be integrated with other data to yield the most accurate prediction of driver risk. Future smartphone apps will also be able to focus on improving driver performance in an effort to continually increase safety, reduce risk, and thereby reduce costs associated with collisions—and all this with superior accuracy. It’s a tricky technical challenge; but it can be done.

Currently insurance carriers have two options for gathering data for UBI. Most personal lines insurance companies are using a plug-in OBD device to capture driving data.  While this approach offers superior data collection quality for the most accurate underwriting, plug-in devices are costly to the insurer and inconvenient for the user. Increasingly, insurers are moving to a smartphone-based solution for their lower cost structure and ease of distribution; however, the data stream of the current crop of smartphone apps is rather poor compared to the plug-in device, so data quality is sacrificed.

Many telematics systems use speed to derive acceleration events by taking the second-by-second speed delta as an approximation for acceleration, using GPS as the speed input. A correct speed calculation requires that the speed information is accurate both in mph and in time. If either is slightly off, significant errors can occur. Challenges arrive in urban canyons, forests and tunnels where GPS signal erodes or disappears all together. Significant errors will occur on the speed data.

Most current smartphone apps are not collecting accelerometer data off the cell phone; the data is derived directly from the GPS feed.  Additionally, only using GPS to determine trip start and end requires the smartphone to frequently run the GPS to determine if a trip has begun. This causes significant battery drain, so the typical application will only be able to sample the GPS every few minutes and hence often miss trip starts. A lot of the data collection problems will go away when the smartphone apps collect accelerometer data off the phone and have persistent data collection. The ideal app would use all the sensors available in the phone for data collection including GPS, accelerometer, gyro, and heading.  A multi-sensor approach allows for minimal reliance on GPS for location determination.

Most Common Complaints about Current Apps

Online reviews have a consistent mixed theme: customers like the idea of the app, and think the concept is great and like the look and feel, but complain about accuracy, lost trips and battery drain.

“I like the concept of the app, but I don’t like the fact that when I am driving the app is constantly searching for my location draining the battery. I have never had to keep my phone constantly on the charger. It would be nice if it didn’t drain my battery.”

“Good look and design, but doesn’t record all of my trips so I am missing out on points. Sometimes it works but 9 out of 10 trips are not being recorded.”

“I really like the app. It’s a great idea to give incentives to make people drive safer. My only issue is that the app crashes all the time. I’m lucky if I get my trip saved before it crashes.”

What are the Requirements of the Ideal Insurance Mobile App?

How Can the Ideal App Be Used?

Telematics-based insurance can finally gain traction, because instead of requiring physical devices that must be manually installed in a car, the data required can now be collected through mobile-phone apps that are much easier to download and install. Customers in every market are migrating to smartphone apps including personal lines insurance, commercial insurance, and fleet management.

Personal Lines: As a replacement for plug-in devices.

Commercial Lines: Paradigm shift for commercial underwriting because the driver behavior score can be summarized to company level along with total miles driven and therefore contribute in the underwriting process.

Fleet Level: Even without insurance participation, a fleet manager can use the app to monitor and improve driver behavior at a very low cost.

Mobile devices and smartphone apps are leading-edge tools that most people own and are the key to big scalability for insurers’ UBI programs. As data collection using smartphones improves, insurers will be better able to align their strategy with the smartphone as the primary data collection point making it the superior choice. The most successful mobile UBI apps will be those that integrate multiple smartphone sensors, profile a driver’s risk to the most accurate possible level, and make the overall experience better for the customer. Penetration will keep up with evolving technology as limitations are overcome. Superior science applied to more accurate prediction of risk would decrease collisions by identifying which drivers are most likely to be in an at-fault collision. Superior technology applied to data collection via smartphones would increase customer loyalty.

In the interest of an expedient solution, insurance carriers have been delivering deficient scoring of driver risk and settling for good enough. With accurate data collection, the ideal app will have the ability to generate traditional UBI information including trip start, trip end, miles and time of day. Furthermore, due to highly accurate accelerometer data, the app could also collect driver behavior throughout the trip in continuous mode and move away from the simple event-based systems to a more meaningful understanding of driving trends and habits. A continuous monitoring system would greatly improve the driver behavior assessment and hence risk assessment of each mile driven. Smartphones have not been capable of generating the quality of accelerometer data needed for accurate scoring, but that will soon change.