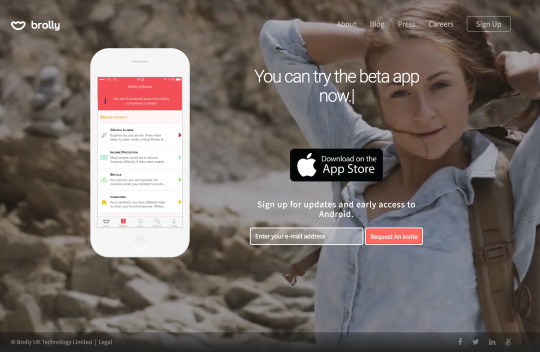 Brolly, a London-based InsurTech startup offering an artificial intelligence (AI)-based smartphone app, has closed a £1 million seed round, led by Valar Ventures (New York) and Pi Labs (London) to further develop and expand the product and to scale up the company’s team. Brolly seeks to distinguish from other vendors using mobile technology and AI for specific insurance lines, asserting that it is the first provider to modernize insurance distribution and challenge the price-comparison model of shopping by developing a deep understanding of its users and their needs across their entire insurance portfolio.

Among the objectives planned for the funds raised in this seed round are the release of a new version of the Brolly app on iOS and Android, as well as the expansion of the company’s team, which currently consists of ten people. Brolly also plans to add major insurance partners covering home, travel and auto/motor insurance later this year.

“The pace of innovation in the insurance industry has not met consumer demand, and we see massive potential for growth in this market,” comments James Fitzgerald, co-founder, Valar Ventures. “Brolly’s unique positioning and dedication to building an insurance ecosystem around the customer impressed us. We’re excited about their plans to build on what they’ve achieved so far by developing the product further and bringing more partners onto the platform.” Brolly was founded in 2016 by former Aviva underwriter and product manager Phoebe Hugh, and Mykhailo Loginov, a former Skype and Microsoft engineering manager. The company was created to address three core problems, according to a vendor statement: “chaotic management of existing policies, lack of advice from personal insurance brokers, and difficulty making decisions on the best insurance products to buy.” Brolly says it tackles these problems by bringing a customer’s entire insurance portfolio into one place via an app.

Brolly launched in Aug. 2016 through a closed beta trial of its technology, which combines data aggregation and insurance product integrations to connect with customers using purpose-built tools, according to the vendor:

“The $5 trillion insurance industry has not materially changed in the past century,” notes Brolly’s Hugh. “We’re on a mission to build an insurance marketplace that actually works for people.”

“Millions of people haven’t switched their insurance provider for years and are paying hundreds of pounds more than they need to for inadequate coverage,” Hugh continues. “Brolly is radically changing this broken market so customers have more control over their policies and purchases and can make informed decisions based on their individual needs.”