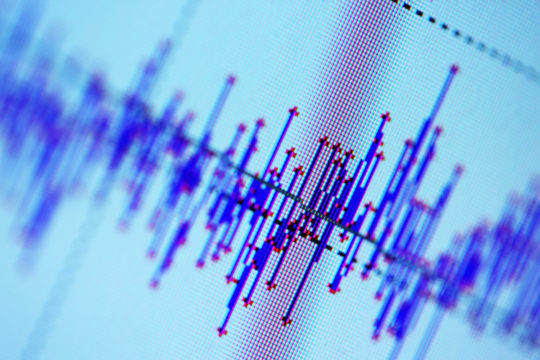 Far-sighted insurance executives are exploring how their organizations can leverage the technology behind Bitcoin to automate and streamline processes across lines of business. The potential in underwriting, claims and service is huge.

A blockchain is just a type of database. Unlike a traditional database, blockchain is structured to enable a digital ledger of events, called transactions, that is shared among a decentralized network of computers. The records shared between these computers are encrypted and cannot be erased. Moreover, no record can be changed without changing all other records within the same block. As a result, the primary benefit of blockchain is its ability to build trust between parties, facilitating secure transactions and maintaining the accuracy of information.

Blockchain’s potential for securing transactions and providing trustworthy information makes it a hot topic in the financial and insurance sectors, with several VC-backed startups emerging in recent years to solve classic industry problems with blockchain applications.

Blockchain is poised to change the future of insurance by making possible new insurance products, services and business models, as well as promoting new ways of improving control, measuring and pricing risk. It can enhance client engagement, while reducing costs, improving efficiency and expanding insurability.

Underwriting: Blockchain can provide accurate information on past insurance policies and claims history, resulting in more accurate selection and pricing. Additionally, smart contracts can be used during quoting to automatically execute contract terms once pre-determined conditions are met—all without the intervention of a third party. On a blockchain network, all smart contract transactions are trackable and irreversible.

Claims automation can also be supported by blockchain. For example, service providers can be engaged automatically based on terms within the contract. Escalation to a human decision-maker can be automated as well.

Blockchain technology could become important in “detecting fraud and eliminating error and negligence by offering a devolved digital depository to help in verifying independently the legitimacy of policies and claims and of course customers,” a recent report by Ernst & Young says.  A common platform that offers a mutual record of truth could help insurers save a lot of time and money while improving operational efficiencies.

Fraud costs insurers in the U.S. and Europe alone an approximated $60 billion in annual losses. This is because the majority of fraudulent claims go unnoticed. With blockchain, this could become a thing of the past. Blockchain is fraud-proof, indisputable, and time-stamped, offering the highest security of identities.

The gains to the industry may go well beyond $60 billion. Existing fraud-prevention approaches might become redundant, resulting in even greater savings that can be reallocated toward providing better experiences for legitimate claims.

Even though blockchain technology in insurance is still embryonic, several established insurance firms are exploring the space. For instance, two large Chinese insurers recently partnered with R3, a fast-growing blockchain group based in New York City.

The French bank Caisse des Dépôts recently rolled out its blockchain initiative in partnership with a host of insurance companies such as AXA, Aviva, MAIF and CNP Assurances. The goal is to identify and encourage the development of opportunities for each of the partners by exploring these technologies.

Other carriers like John Hancock and Allianz have publicly announced blockchain initiatives, with more bound to follow.

B3i, a global initiative involving over 40 insurance industry participants, was founded in 2016 to spearhead various blockchain projects for insurance, including B3i Reinsurance.

B3i’s plans for 2021 include new claims management features as well as extending the platform to new reinsurance types and lines of business.

As new and emerging technologies are routinely deployed within the insurance industry, blockchain’s largely unexplored potential will begin to unfold. According to a recent Novarica report, blockchain is clearly still in a nascent stage of adoption, with far less hype than artificial intelligence, RPA, and big data. Insurers that invest in blockchain now should get a powerful first-mover advantage that should be considered when planning their digital ecosystems.

Given the recent explosion of blockchain-enabled technology like Bitcoin in conjunction with an accelerated pace of digital transformation in insurance, I predict blockchain will have seismic impacts on the industry in the coming years. Get ready!

The Blockchain Future: Part One