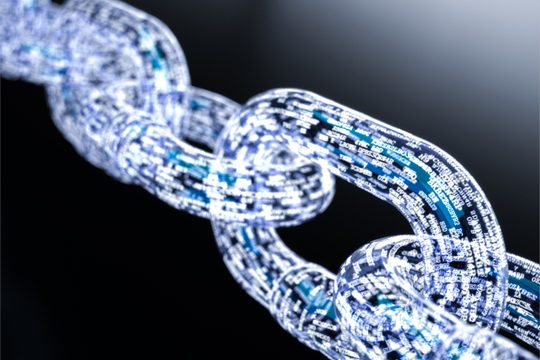 [Editor’s Note: This is a 2-part series covering blockchain technology and its transformative impact on the insurance industry. In part 1, we review the WHY and WHAT of blockchain. In part 2, we discuss HOW this new technology can potentially revolutionize insurance.]

Like many articles touting to explain blockchain, it would be easy to just dive straight into the technology, but that a disservice. It would not address the larger question of “Why”—Why is blockchain suddenly so hot? Why is it being touted as the next “Big Thing”?

At its simplest: Blockchain is a distributed ledger that records transactions or tracks assets. Blockchain can allow for greater efficiencies in business as it can eliminate unnecessary intermediaries and greatly reduce process workflows as all parties can have access to the information they need in real-time. It can also be used to create new business models and new products due to its unique capabilities.

To truly understand why blockchain is so important and relevant to solving the critical problems we face today you need to understand, at a higher level, what those issues are.

Trust.  Lack of trust is one of the most pressing issues on the planet. Major technological changes in recent years have given us incredible new abilities. The internet has given us instant communication and access to enormous amounts of data and intelligence. The proliferation of smartphones is allowing much of the planet to become untethered and mobile. It is estimated that 95% of the planet now has access, in some form or another, to WIFI and/or mobile networks, and therefore access to the vast knowledge of the internet. The recent explosion of “Internet of Things” has furthered expanded our abilities. Mobile devices have become much smarter and with the popularity of wearable technology, electronics and physical objects including your clothing, cars, washing machines, and 10+ trillion consumables can now be connected and communicate with you, themselves and other machines.

But so what? Who cares if my toaster can send me a text when it’s done? Well … it’s not only communication that is being made instantaneous and ubiquitous, “capabilities” are being made universal and abundant. The “capability” to be a bookseller—anyone on the planet can now do that, e.g. via Half.com. You can also now “become” a bank via Peer-to-Peer lending systems.  In Africa, 93% of people have mobile phones while on 63% have access to clean water so, for example Kiva.org is providing access to capital to them and other poverty stricken third world countries with personal “micro” loans.

The flip side of this coin unfortunately is that since anyone has increased access to capabilities, there is now more distrust than ever. Access and use by criminals of these new capabilities has led to serious breaches in security and identity and we are facing a worldwide crisis of a lack of trust.

Trust falls into three areas—Safety, Issuance, and Correctness. You need to feel secure that your financial and transactional information is safe, that it’s not being made public, and it’s not being changed without your knowledge. You need to be sure that when a system accepts, trades, or issues new assets we have can trust that system is functioning as predicted and not double spending. Lastly, you need to feel confident of the system’s correctness and that all of the information is accurate and verifiable.

This is where Blockchain steps in. Blockchain has the ability to create trust in this new world.

You may have heard that one of the key components in blockchain is a “distributed” ledger. If you are in finance you know what a ledger is—“an account book of final entry, in which business transactions are recorded.” To be “distributed” means that it is duplicated across thousands or even millions of PC/servers. Each has a copy of the same ledger and the ledger contains all the blocks/records in the blockchain.

Note that a Block can contain anything: text, a contract, change of ownership, an insurance policy, anything at all.

Because the ledger of all the blockchains is copied across millions of servers around the world we can validate a specific block by comparing the same block across all the other servers and by consensus, determine if any changes have been made.

This is called a peer-to-peer network since it has no central authority. Consequently, network participants must all agree on the validity of a transaction before it can be recorded in the blockchain.

Once an agreement has been achieved, it is called “Consensus.” The process to have all the peers in the network achieve consensus is called “Mining.” There are multiple mathematically sound ways of mining, including “Proof-of-Work” and “Proof-of-Stake.” For this article, we will cover “Proof-of-Work.”

To prove that Consensus has been achieved for a block, the process of Mining has a numerical output called a “Proof-of-Work” (POW), also known as a “Hash”.

To perform the Proof-of-Work/Hashing process is time consuming, BUT it is easy to verify the output as being valid. To be considered a valid transaction every block must have POW/Hash value to show that consensus was achieved. This verifies that these blocks have not been tampered with or changed after they were added to the blockchain.

POW or Hashing is actually a fundamental piece of the magic of Blockchain, so let’s dive in a little more.

Hashing is a mathematical term that means taking an input string, a collection of numbers and/or letters of any length, and constructing an output number of a fixed-length, that for all practical purposes, is NEVER duplicated no matter what input string is entered.

Now a Block is actually structured to have two parts, a header and record/data. As we noted above, the record can be text, a contract, change of ownership, anything.

You can take any block and “hash” it to get a fixed-length number. If you make even the smallest change, say add a space to line 52 on page 3,421 and resubmit it to the hash function, you will get a completely different and unique, fixed-length number.

Further, I can take millions and millions of transactions and documents, and if I hash them, I will always get a unique fixed-length number for each one.

The “chain” part of blockchain comes next.

First, let’s take the block, put it through the hashing function, produce a unique number, and then join the two together.

When another transaction occurs or a new contract is added so we get another block.

But this time, we take the Header from Block #1 and hash BOTH the Header #1 AND the New Block. This gives us another unique fixed-length number that now links Block #1 and Block #2

Using the previous block’s header creates an unbreakable chain from one block to the next. Now…this is a simplified version. Some implementations have Header #1 and Header #2 in the new blockchain record and so on.

If the possibility of any changes occurs to any block record it is an easy matter to re-hash the block and header and confirm it’s now different.

Blockchain technology is constantly being tweaked to make various functionality and performance improvements, but the above version will still basically hold true.

For a programmer, it can be important to understand the deeper technical details of blockchain, but from a business and application viewpoint, it is not necessary. Think of your TV or Microwave—do you really need to understand the internal electronics to make them work? While Blockchain is currently the “Bright and Shiny” object for engineers and journalists, it will become like electricity—you know it’s there, but you won’t really care how it works. What matters is running your business and having the tools and applications you need, with blockchain embedded in them to ensure trust. Blockchain is fast becoming the secret sauce, or the “magic ingredient” in many new business models.

A significant amount of media coverage has focused on one aspect of blockchain technology, specifically blockchain as the basis for digital or cryptocurrency (think Bitcoin, etc.) so let’s examine what makes using blockchain for business applications different.

In addition to currency, blockchain technology can also be used for tracking and managing Assets. These can be tangible such as cars, real estate, art work, even food. Or they can be intangible such as stocks, bonds, any financial instrument, etc.

The second area of difference is Known Identity. Digital currencies are based on anonymity—you can look at a block and prove a transaction occurred, but the account information is meaningless. In businesses however, need to know who they are dealing with and knowing a person’s identity is crucial. You will often hear of KYC (Know Your Customer) and/or AML (Anti-Money Laundering) requirements for business. A company that is regulated by the government (e.g. insurance) will often have specific regulatory requirements and have AML requirements and KYC tools and processes to support this. Non-regulated companies will often use the same KYC tools to avoid fraud, etc.

The last area is called Selective Endorsement. For digital currency a block is determined to be valid by everyone in the peer-to-peer network? For business applications, you may only want a subset of the network members to validate the block as you often need to control exactly who verifies the block/transaction and who gets to see the details.

[Editor’s Note: Stay tuned for part 2 where we will present Insurance Use Cases and How Blockchain will disrupt the entire Industry.]