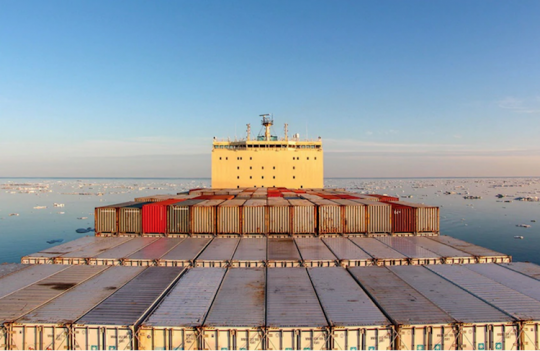 The history of platform business models reveals an opportunity for blockchain to support their further evolution, including in the insurance business, said Chris Bassett, Senior Manager, EY (London), during a session titled “Blockchain & Distributed Ledgers: New Business Models and Value Creation for Insurers,” at ACORD Connect 2018. Bassett used as an example the Insurwave marine insurance blockchain.

Bassett laid the groundwork for his thesis by providing a definition of blockchain as a distributed network that includes specific controls to protect the integrity of the data that travels on it. He contrasted the distributed nature of blockchain with centralized networks and databases that work on a hub-and-spoke model. “Blockchain is a distributed ledger, with an immutable database, with private/public key cryptography and a consensus mechanism,” he explained. Reviewing the history of platform business models, Bassett explained how they were used to reduce the friction between parties in the case of complexity in sourcing and transactions. As complexity increases, there is greater “frictional” costs associated with doing business, such as in sourcing materials, networking among parties, creating contracts. “It becomes more difficult for smaller businesses to remain profitable, as a result,” he said. “When small businesses reach their limits, larger entities emerge for whom it is easier to source materials from around the world and manage complex transactions.”

Bassett gave Diner’s Club as an example of a platform business model that reduced friction by connecting owners of assets with those interested in accessing or buying them—in this case affluent people and restaurants. Facebook is another example, according to Bassett, where individuals connect as producers and consumers of content that has value to each party, including the platform owner.

“I post content to the platform, and Rich, as a consumer likes it—which tells something about Rich and me, which becomes valuable to Facebook,” Bassett remarked. “The sender laughs, the recipient laughs, and Mark Zuckerberg laughs as well!”

Similarly personalized experiences can also be accessed from surrounding service ecosystems, such as those enabled through platforms such as AirBnB, OpenTable, Amazon Marketplace, Apple iStore, etc., Bassett said.

Blockchain presents an opportunity to expand platform business models generally and in the property insurance market specifically, Bassett added. “Connections we wouldn’t have thought of previously suddenly become available,” he said. “That can build exponential value over time as we add new connections, none of which is managed by a centralized hub.”

Insurance contracts typically involve multiple parties who are not necessarily sharing information beyond the minimum necessary, Bassett noted. As a result, a claim event can become a forensic exercise characterized by time-consuming and error-prone manual processes. “There is very little automation across different data sets, different languages, and low visibility into the actual assets pertaining to the different parties,” he elaborated. “There’s a lack of access to a trustworthy set of data.”

“We asked, ‘What if Maersk could give a single view to ships and cargo, and to provide to insurers information about assets and aspects their condition that could impact the insurance agreement?’” he said. “We asked whether this would lead to spending less time structuring deals and more time on risk management and started to think that blockchain might be an effective solution.”

Built on the Corda open-source distributed ledger designed for financial services, Insurwave has been live since May 2018 providing a transparent record of post-bind agreements for all parties to work from, according to Bassett. The application’s user interface includes a view to various entities or conditions that could affect the contract, including lists of ships, particular ships, placement of cargo, and change of flag or crew. Participants include the shipper, insurers, and brokers, and will include access for reinsurers and retrocessionaires in subsequent releases.

“We have developed specific standards with ACORD, which solves the issue of manual reconciliation,” Bassett noted. “We plan ultimately to have a full end-to-end process that would involve pre-bind transactions—an underwriting component and structuring of contract—as well as automation of claims.”

EY plans to advance Insurwave’s scope beyond hull into the realm of cargo insurance. Ultimately, the vision it to move to a full Internet of Things solution involving sensors that add their own transactions into the blockchain, e.g., notification of perishables spoiled. “That will allow for interacting directly with suppliers such as BMW who are shipping their products, and plugging into their supply chains, enabling the insurance of risks as they move through those supply chains,” Bassett says.

Who’s Doing What in Insurance Blockchain?