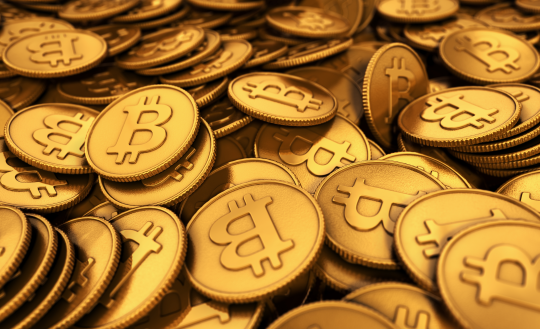 How we pay for things is shifting. Smartphones are replacing credits cards and cash. And cryptocurrency is growing fast—digital currency that can be tendered in exchange for goods and services in real life. Cryptocurrency and the technology behind it, blockchain, might someday completely change the way the insurance industry works.

The most widely used form of cryptocurrency today is Bitcoin. In 2015, as many as 100,000 retailers including Amazon accepted Bitcoin, and Bitcoin ATMs could be found in major cities around the world. Only 21 million Bitcoins can be created. It is “mined” (or produced) through mathematical algorithms that are open-sourced and not controlled by a central bank. Through a system called blockchain, a digital ledger of Bitcoin transactions is kept with ownership information remaining anonymous. This ledger is completely open and accessible and acts as a system of checks and balances for the currency.

Some insurance carriers are developing new products that provide insurance coverage for theft from cryptocurrency “wallets,” the term used for software that stores Bitcoin or other cryptocurrency addresses. But that’s just one part of the big picture.

Carriers, including employee benefits insurers, also need to consider how to begin accepting cryptocurrencies for policy payment. This topic was covered in detail during the 2015 Risk and Insurance Management Conference. While panelists admitted carriers were still grappling with the risks involved in offering theft and liability coverage for cryptocurrencies, they also pointed out that insurers and brokers may need to eventually accept Bitcoin for payment.

This wasn’t the first time this was brought up, however. In 2014 Risk & Insurance magazine wrote about the various risks inherent in accepting Bitcoin for payment. Concerns were raised about potential losses of Bitcoin due to password issues and malware, as well as the fact that Bitcoin transactions can’t be reversed. Another major concern was the volatility of Bitcoin, which is far more volatile than the U.S. dollar.

The ability to use blockchain to track ownership without involving a third party could lead to a decentralized segment of the insurance industry, according to an article in the Society of Actuaries newsletter. This could remove restrictions on underwriting by allowing third parties to accept insurance risks for hazards currently not sufficiently covered.

Blockchain could also pave the way for microinsurance coverage offered via automated systems, making it cost-effective. Blockchain technology may also lead to shared, open, anonymous databases, making expensive audits a thing of the past. A 2016 report published by Deloitte discusses the ways blockchain technology could help minimize claims fraud and increase transparency—an entirely different use of the technology than for currency. Other experts see blockchain as a way to automate policy claims—altogether removing the need for claims reporting and processing.

How Blockchain Fits in the New On-Demand Insurance Ecosystem