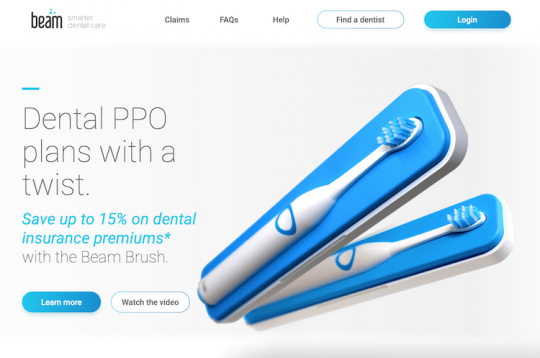 Beam Technologies, a distributor touting next-generation dental insurance options for small and medium-sized businesses under the name Beam Dental, has announced plans to expand its operations in Columbus, Ohio, where the company is headquartered, creating 150 new jobs and investing $1.5 million. The company will hire across multiple departments including engineering, sales and claims processing. Beam raised $22.5 million in a funding round led by Kleiner Perkins (Menlo Park, Calif.) in 2018, following a $5.5 million round in late 2017 led by Drive Capital LLC (Columbus).

Beam currently employs around 50 full-time employees at its downtown office in Columbus. The company reports that it is experiencing dramatic growth in the dental insurance industry and will expand into a new facility in Downtown Columbus in June to accommodate its ongoing success.

“When we started Beam, we knew quality talent and community support would be critical to our success,” comments Alex Frommeyer, Founder and CEO, Beam. “Columbus really impressed us with its digital talent ecosystem, which has proven to be vital for our rapid expansion and was a core reason behind our decision to build the company here.”

Founded in 2012, Beam offers what it describes as a best-in-class dental benefit product, including Beam Perks, which consists of a connected toothbrush, paste, floss and refill heads shipped directly to the member’s door semi-annually. The Beam Brush aggregates brushing data that Beam subsequently uses as part of an employer’s renewal pricing. Beam policies are underwritten by National Guardian Life Insurance Company (Madison, Wisc.). “Beam’s rapid growth in a competitive landscape is a great example of how innovative startups can thrive in the Columbus Region,” comments Columbus Mayor Andrew J. Ginther. “The company’s continued investment in our community will not only help create more jobs, but it will further solidify Columbus as a leading market for insurance carriers and entrepreneurs.”

Columbus and the surrounding Central Ohio region is one of the nation’s most important insurance centers, as well as having a vibrant technology ecosystem that benefits Fortune 500 corporations and local technology startups alike.