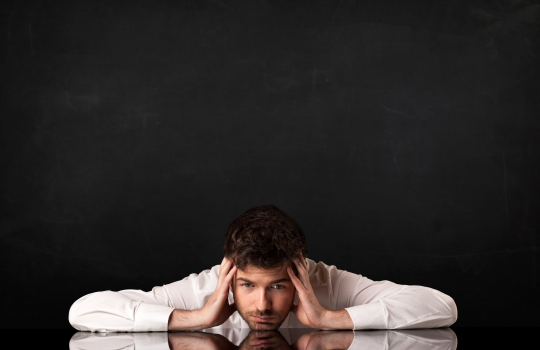 A couple of news items have recently demonstrated the point that it’s not a given that you’ll succeed in every business, even if you’re a Silicon Valley disruptor, and that particularly in the world of insurance, it’s easy to underestimate the challenges.  First we heard that Zenefits, a California fintech startup, has come under investigation for flagrant noncompliance—follow-up reports indicated that over 80 percent of the insurance policies sold by the company in the State of Washington were peddled by unlicensed brokers. Even for an upstart tech company with a disruptive model, this seems like a clear failure to do one’s homework on the industry. Entering into the insurance business without full awareness of the regulatory requirements is like opening a medical center that uses unqualified physicians.

On the other end of the spectrum, scarcely a week later tech giant Google announced that it is shutting down its online auto insurance pricing comparison mechanism, Google Compare. In this case, probably all the necessary due diligence was done—after all, we’re talking about one of the foremost data companies in the world, with practically limitless resources—but they needed to step back from a project that wasn’t going as planned. Though Google also pulled out of its price comparison service in other industries, insurance is an especially complex example, with a combination of pricing, services and localization that doesn’t lend itself well to a formulaic comparison on the basis of cost only. So on this level, the availability of masses of pricing data doesn’t make up for the customer experience inherent in having an agent explain a policy, or policy changes, to the customer.

First, it’s a fact that insurance is a low-margin business, making it something of a mystery as to why these dot-com companies—to whom low margins are a foreign concept—would want to get involved in the first place. Similarly, as the insurance industry makes moves to merge with the financial services sector, it’s paramount to remember that there are no regulatory shortcuts in financial services. Nor should there be. This is Consumer Advocacy 101.

Other industry realities include insurance’s unique regulatory framework. It’s regulated state by state, so any company wanting to solicit business will have to understand the regulatory regimes for each state in which they do business. Furthermore, this regulatory model is consumer-focused, and the local nature of insurance lends itself to local regulation. Insurance is not a one-size-fits-all type of business—coverage for those living on a barrier island is very different from coverage for those living in Phoenix.

There’s also a sense of responsibility inherent to the industry, instilled and enforced by anti-trust laws that were enacted at the end of World War II. While banks are regulars at the bailout window at the Fed, in insurance there are no bailouts. In fact, when an insurance company goes bust, it is their competitors—other insurance companies—that step in and pay all of the losses. This a nearly foolproof incentive for competitors to watch each other’s business practices to ensure that they stay solvent. Cheating on either the financial side or the market side is frowned upon, but the real teeth are on the market conduct side—those areas of business practice that directly affect the consumer.

Adding up these factors, it’s easy to see why Google decided to step back and re-figure it out—insurance is a quirky, complex, highly regulated, organically grown industry that doesn’t lend itself particularly well to cut-and-dried solutions. And it’s no surprise that the disruptor Zenefits was called onto the mat for thumbing its nose at the rules. What this picture fails to include, however, is the tremendous and growing complexity of insurance. There’s already such a mad scramble going on in the industry to keep up with massive regulatory and industry changes that only commensurate technology can help the industry itself keep up with it. Maybe the Googles and the Zenefits of this world walked onto the wrong playing field?

Other articles by John Sarich:

Understanding the ACA Megamergers: Why Now?