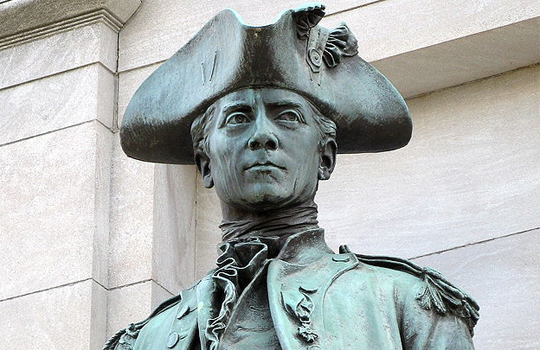 Admiral Insurance Company (Mt. Laurel, N.J.), a W.R. Berkley Company that provides excess and surplus lines coverages, has traditionally focused on larger premium accounts, but its wholesale broker distributor partners often have a mix of large and small business. To accommodate their partners’ needs and become their go-to carrier, Admiral used Avoka to build an online self-service portal that enables brokers to bind small accounts in two or three steps.

“We wanted to create an ability for our wholesale broker intermediaries to be efficient in small account business,” relates Letha Heaton, VP, marketing, Admiral. “We believed that if we could find them a profitable way to do that, it would handle their accommodation needs for their retail agents.” Admiral’s traditional focus on higher premium accounts implied a new-business process that could take hours of a broker’s and an underwriter’s time. “An account under $2500 wouldn’t be profitable,” Heaton notes. “We needed a way to make the process much faster that achieved the right level of accuracy with less information transferred.”

Erich Bublitz, VP of Admiral’s ADX Binding Authority Division, was brought on board with colleague Rian Girard, SVP, Admiral, to work on a solution in March 2012. He reports that the most critical task at that stage was to talk to the brokers.  “For the first four or five months before we started building we worked with the wholesale network to find out what it was we needed to develop,” Bublitz says. “Too often carriers go to distributors and say, ‘Look what we’ve built for you!’ Admiral did the reverse: we said, ‘First tell us what you need and then we’ll build.”

Admiral had three options, according to Bublitz: build a solution with internal resources, go with a large software package vendor, or purchase a customizable solution. After deciding to buy rather than build, Admiral considered the big technology providers. “It’s not that there were any poor solutions among them, but they weren’t flexible enough for what we wanted to do,” Bublitz comments.

Turning to the third option, Bublitz looked to Avoka, whom he knew through having had David Robinson, president, Avoka USA, as a client. The main criterion for selecting the vendor was its flexibility. “There is a track record in insurance of building things and letting them wilt,” he comments. “We didn’t want something that would lose effectiveness over a few years.”

One of the greatest benefits of Avoka is that the user interface is built using a relatively simple tool that allows non-technical people to manage that look and feel, Bublitz elaborates. “It’s not an IT project to update the front end to broker needs,” he says. “Everything from rewording a question to changing question flow can be done in a matter of minutes, but we’re not burdened by maintaining the underlying code – it’s the ‘Admiralization’ of the platform that we control.” Admiral began implementing the Avoka-based portal in the first quarter of 2013 and went live in June of that year. “We had some challenges integrating this solution with legacy systems, but nothing out of the ordinary for an IT project,” Bublitz says.

Admiral declines to share details about what it invested in the solution but says that the initiative was undertaken with a soft ROI in mind. “Obviously financials are important, but in this and everything, Admiral takes a long-term view,” Bublitz explains. “If we provide a unified solution, brokers who handle smaller accounts will think of us when looking to place higher-premium business.”

Admiral’s goal was simple in essence, according to Heaton: provide a solution that didn’t make brokers have to train people or spend an inordinate amount of time closing business. “The proof is in the pudding,” she remarks. “What we’ve built has been acclaimed by users as a simpler and easier solution than any approach our competitors have taken so far.”