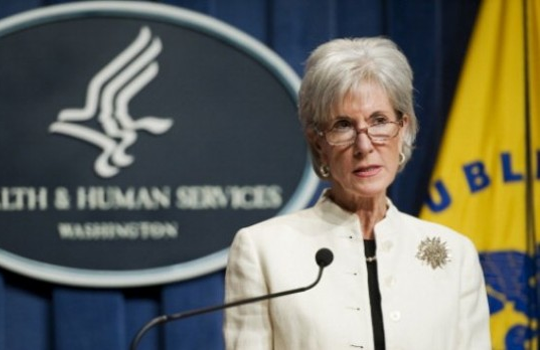 Kathleen Sebelius resigned on Monday, and I’m betting that she is hoping that her next role does not include a major IT project. As Secretary of the Department of Health and Human Services (HHS), Sebelius was responsible for overseeing the rollout of the troubled healthcare.gov website whose launch was tainted by serious technical problems.

Initially the technical problems were thought to be confined to scalability issues given the large amount of traffic. But it was found that there were a variety of other issues. The site rejected valid passwords, served up blank drop-down menus, and crashed repeatedly. There were challenges with the database, issues with integration, and after millions of visits on the first day, only six people got all the way through.  New contractors were brought in to fix the problems which added to the cost overruns.  The cost ceiling began at $93M, was raised to $292M, and today, it is estimated that the site has cost around $500M. To be fair, this was an extremely complex project consisting of 6 complex systems, 55 contractors working in parallel, 5 government agencies were involved; it is being used in 36 States, and covers 300 insurers’ 4500 insurance plans.

There were a number of contributing factors to the technical problems. No single contractor managed the entire project and there was a lack of coordination across the multiple vendors. There were a number of last minute changes – and the project was managed using a waterfall methodology – which can make it difficult to respond to the changes quickly. Testing was inadequate. Not only did the system not perform according to design, but it didn’t scale to the level anticipated. Clearly they knew what the load would be – but the load testing didn’t meet the capacity plan.

However, Sebelius had little direct oversight of the project and certainly wasn’t responsible for the day-to-day project management. The website design was managed and overseen by the Centers for Medicare and Medicaid Services, which directly supervised the construction of the federal website.   Regardless, Sebelius is likely updating her resume today and considering alternatives.

What does this mean for a CIO? If you’re going through a large-scale project – and many carriers are – you won’t know everything that the project manager knows – even though your neck is on the line if the project fails. Large-scale projects require a different level of management than day to day operations.

Areas to focus on include:

In the end, Sebelius is responsible for the results of the healthcare.gov implementation and her resignation should be seen as a red flag for carriers – and CIOs – in similar situations.  Take a look at the governance you’ve put in place for your large projects.  Now may be a good time to consider adding some additional oversight.