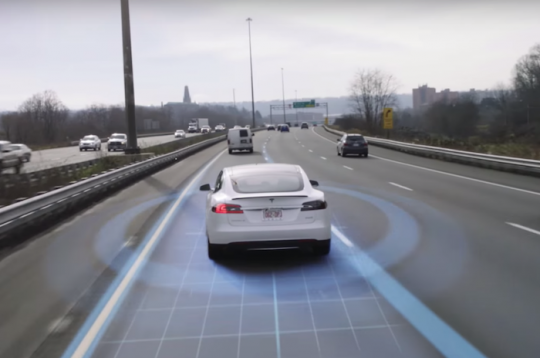 Avinew is designing insurance programs based on the differentiated risk characteristics of vehicles equipped with advanced active safety features, including partial and full autonomy. Through the company’s proposed insurance solutions, consumers and fleets who own vehicles equipped with autonomous and semi-autonomous capabilities will have access to insurance that will reward them for using their vehicle’s safety features, and provide them with more value and a superior customer experience, according to an Avinew statement on the funding round. Currently, select vehicles from Tesla, Mercedes, Ford, GM, Nissan, Audi, Volvo and others are among those eligible for Avinew’s coverage.

“Avinew has a great hypothesis—that cars with advanced driver assistance systems, such as Tesla’s AutoPilot or Nissan’s ProPILOT Assist ought to have fewer at-fault accidents, and therefore should be insurable for lower premiums,” comments Donald Light, a Director in Celent’s (Boston) North America Property/Casualty Insurance Practice. “Avinew intends not only to verify the existence of these features, but will also access data about their deployment and utilization. In doing so, it will accumulate a great deal of information, which via AI/machine learning could potentially be cycled back into improved product design, pricing, or underwriting.” The emergence of technologies that make driving safer creates a huge opportunity for auto insurance, according to Dan Peate, founder and CEO, Avinew. “Our goal is to enable the safety, savings, and freedom that come with autonomous driving,” he comments. “We believe providing consumers with insurance solutions that incentivize them to use features like Autopilot, Super Cruise, Co-Pilot 360, and ProPILOT Assist will make the roads safer for all of us.”

Peate, who also founded InsurTech startup Hixme (Agoura Hills, Calif.), has united what he calls a select consortium of experienced, forward-thinking executives to serve as Avinew’s leadership team. The latest of these, announced today, is Jeremy Snyder, 10-year Tesla veteran who served as the company’s Head of Global Business Development and Special Project. Synder has been named Avinew’s COO. Other key executives on the Avinew team include Mike Cassanego, General Counsel and Co-founder, and Randy Adams, CTO. Cassanego is an insurance industry veteran, serving as Senior VP, Secretary and General Counsel of 21st Century Insurance Group, as well as General Counsel of AIG’s Personal Lines Division. Randy Adams has held CTO and CEO positions in eight venture-backed start-ups with five successful exits. He has published more than 30 consumer software products that have sold more than 20 million copies worldwide. He has held leadership and board positions with technology companies such as Next, Yahoo! and Adobe.

Competing in a Crowded Telematics Market

Avinew appears to be moving fast out of the starting gate, with funding, a seasoned team, and a differentiating value proposition, affirms Mark Breading, partner at Boston-based research and advisory firm SMA.

“What sets Avinew apart is an exclusive focus on leveraging rich telematics data directly from the vehicle for the purposes of understand and encouraging the use of specific autonomous features,” Breading comments. “The entire telematics space is crowded, with many players and many value propositions so the challenge will be getting some early momentum with insurers—but Avinew looks to be strongly positioned to do just that.” “We are impressed by the innovation and ingenuity that Dan and the team at Avinew are demonstrating as they strive to reinvent auto insurance for the autonomous age,” comments Rick Smith, managing director, Crosscut. “Avinew is well on its way to bringing auto insurance programs to market that will incentivize and inspire consumers to embrace and use new auto tech in their daily lives. It’s a tremendous opportunity.”

An Opportunity of Great Magnitude

Industry research from Accenture and Stevens Institute of Technology, forecasts that insurance coverage for autonomous vehicles will bring $81B in new premiums to the U.S. auto insurance industry by the end of 2026. Avinew is an answer to this market expansion and its innovative auto insurance programs will utilize vehicle data, recreate the actuarial framework, redefine the partner ecosystem and reinvent the business model for success in a driverless world.

“The automotive industry is moving full-steam ahead with adding semi-autonomous and autonomous features to vehicles. As a result, the insurance industry is ripe for reinvention. There is a tremendous opportunity for insurers to embrace this technology and create new insurance programs that reward vehicle owners in the autonomous era,” said Michael Stankard, Automotive Practice Leader at Aon.

Avinew’s insurance programs, which the company says are expected to be available later this year in select states, will be autonomous-usage-based. The company uses AI and telematics to detect and measure when semi-autonomous or autonomous features are responsibly engaged to determine premium discount eligibility.

Avinew reports that it has successfully completed proof-of-concept pilots with two insurers that it declines to identify. The company says that pilot using Tesla vehicles resulted in high driver satisfaction using Tesla’s Autopilot function in conjunction with Avinew’s beta mobile app. Nearly 7 in 10 participants said they would be interested in switching to an insurance policy that included a discount for Autopilot usage, according to Avinew.

As an insurer, Avinew’s hypothesis will be subject to verification by means of its loss ratio over time, cautions Celent’s Light. “If the hypothesis proves out, it will be a good thing for Avinew and its policyholders,” he says. “At the same time, Avinew should expect some quick followers among industry incumbents, and maybe a few other InsurTechs.”