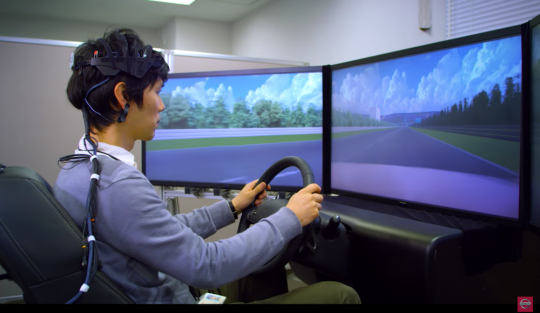 The biggest story to come out of CES 2018 (formerly known as the Consumer Electronics Show) this week in Las Vegas seems to be that the lights went off for two whole hours—which only goes to show, I guess, that this new-fangled electricity thing is never going to catch on. But seriously, one can’t necessarily expect earth-shattering news, even in a period of rapidly evolving technology. However, incremental change can sometimes result in important developments that don’t necessarily make for the most sensational headlines. View inside the exhibit hall at CES 2018 during two hours. (Click to enlarge.)

CES featured some 4,000 vendors deployed across millions of square feet, and featured the kind of flashy items one would expect from a consumer electronics show—and some that one might not expect, for example robotic pole dancers. But there were interesting undercurrents as well, as Mark Breading, a partner at research and advisory firm SMA (Boston) reports. The show’s exhibits reinforced the established direction toward a digitally connected world, but in doing so they spoke by implication to other technologies.

“The two technology areas that will provide the foundation for the next decade are AI and 5G,” Breading predicts. “If you think about it, there’s an explosion of things generating data—cars, homes, appliances, sensors, etc.—but that only means that you need to move so much more of it around very quickly in order to analyze and act on it.”

Another technology whose prominence was oblique rather than explicit was user interface (UI), according to Breading. “CES used to be considered more of a hardware show, but it’s increasingly about how we communicate with all these devices,” he explains. “For example, everybody is racing to voice—Alexa, Google Assistant—being embedded in devices as a way to improve the UI.”

New products on display featured a range of technologies, some of the most prominent this year being augmented reality, biometrics and haptic controls—technology that senses bodily movement so that users can exercise physical control through gestures.

Breading noted that the insurance industry’s increased presence at CES 2018 was most visible with regard to smart home and vehicle-related technology. Allstate CEO Tom Wilson participated in a panel on self-driving cars, AIG presented on the future of mobility and shifting risk as part of its Risk+Innovation series, and Liberty Mutual was also on the program. Among insurance-related announcements at the show were InsureMyTrip’s (Warwick, R.I.) debut of its machine learning-powered SMART System at AIG’s Risk+Innovation Future of Travel presentation. InsureMyTrip has developed an algorithm specifically for travel insurance and operates an insurance quote aggregation service that combines continuous learning through user actions with “vast libraries” of data collected from previous traveler interactions and thousands of coverage options.

Through their increasing involvement in CES, insurers are demonstrating their understanding of what evolving consumer electronics can mean for their business, suggests Pavan Mathew, Director of OEM Development at LexisNexis Risk Solutions (Atlanta), an exhibitor at CES 2018.

Execute Today with Tomorrow in Mind

Mathew observes that original equipment manufacturers (OEMs) in the automotive industry are moving at a faster pace in their development of onboard technologies. “Insurers need to adapt to this pace, because consumers are going to continue to expect it, as we found in our 2017 UBI study,” he comments. “OEMs are already thinking about autonomy and the steps needed to get there. Our main message for insurers and OEMs is ‘Execute today with tomorrow in mind’—the technology you test today will prepare you for tomorrow.”

Writing at research firm Celent’s (Boston) blog, Donald Light affirmed that incremental improvements predominated in connected car developments at CES. For example, Advanced Driver Assistance Systems (ADAS) and ADAS component vendors presented what Light characterized as impressive AI enabled processors. “OEMs had next-generation ways to connect drivers to themselves, their dealers, and information about how their cars are doing,” he writes. “The Renault-Nissan-Mitsubishi Alliance is going to pour $200 million a year for five years into autonomous vehicle technology.”

Among the truly new and innovative insurance and automotive-related exhibits at CES was Nissan’s Brain-to-Vehicle (B2V) Technology. “Essentially Nissan is developing ways to relate the patterns of electromagnetic impulses in a driver’s brain to how the driver operates the car—for example, pulling out to pass, slowing for a hazard ahead, accelerating on corners, etc.,” Light relates. “Interpreting these patterns, the B2V technology then uses the car’s own steering or braking systems to change the vehicle’s behavior 0.2 to 0.5 seconds more quickly than the driver will do so.”

Light cautions that in the partial or conditional automation Level 2 and 3 autonomous vehicles, there are “messy and potentially dangerous” handoffs between drivers and their cars. “Some OEMs and autonomous vehicle start-ups are talking about skipping those levels all together,” he notes. “Nissan might be developing B2V technology to solve at least some of those very difficult challenges. But, can they do it at all? And if so, can they do it quickly enough before Level 4 and 5 autonomous vehicles dominate the market?”

Losing Out on Consumers’ Alexa Relationship

Having attended a session on “The Appeal of Smart Speakers: What’s Driving Sales” at CES 2018, Light also comments about insurers losing out on the developing intimacy between consumers and Alexa. “Insurance companies are in the business of establishing trusting relationships with their policyholders—and being the one who puts things right after something has gone badly wrong…” he writes. “If insurers cannot participate in the increasingly intimate world of Alexa and families, they may find themselves cut off from their birthright.”