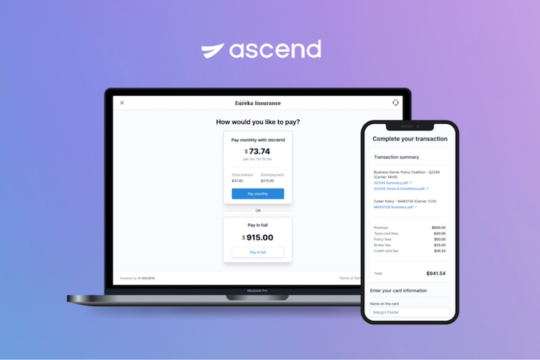 Ascend, a New York-based provider of an insurance payments platform, has raised $30M Series A in equity funding, bringing the company’s total funding to $39M along, with a $250M lending commitment to finance insurance premium loans through its platform facilitated by Hudson Structured Capital Management Ltd. (Stamford, Conn.)—doing its re/insurance business as HSCM Bermuda—an investment adviser that specializes in re/insurance, InsurTech, and transportation investments.

The Series A funding was led by Index Ventures (San Francisco) with participation from new investors such as Distributed Ventures and its anchor limited partner NFP, the tenth-largest property and casualty insurance brokerage globally, HSCM Bermuda, XYZ Ventures, and a series of strategic angel investors including Garret Koehn (Investor at The Batchery and the President of CRC Insurance); Courtney Leimkulher (Founding Partner at Springbank Collective and former CFO of Marsh); Mischief, (a venture capital fund led by the CEO of payments infrastructure company Plaid); Nilam Ganenthiran (former President of Instacart); Nathaniel Manning (Co-Founder of Kettle Insurance); and other fintech operators including Misha Esipov (CEO and Founder at Nova Credit), Marc Bhargava (co-founder of Tagomi and currently at Coinbase); Mahdi Raza (Partner at Exponent Capital), and Charley Ma (General Manager at Alloy). Also participating were existing investors First Round Capital, Susa Ventures, and FirstMark Capital. 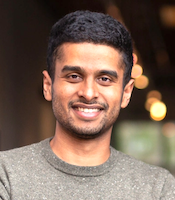 Ascend’s payments APIs and no-code products automate insurance payments end-to-end—from an online point of sale with buy now, pay later financing to the distribution of commissions and carrier payables, according to a statement from the company. This enables insurance brokers, MGAs, and carriers to sell more policies by eliminating labor-intensive, expensive processes while providing customers with the great online checkout and financing experience they’ve come to expect, the statement says.

The new funding will help Ascend meet increasing demand for efficiency and convenience, helping more customers use the company’s embedded payments and buy-now-pay-later offering, adds Chekuri. “We’re excited to have the backing and financial support of these investors to help insurance distributors and carriers sell their products more effectively and build out the future of the insurance infrastructure,” he says.

Ascend reports that the funding will be used to hire dozens of new team members, which it says will be critical in expanding the product’s rapid growth and improving feature sets including the user experience for no-code customers, integrations with industry dominant agency management systems, and ensuring the full suite of product features are easily accessible in APIs so customers can utilize the product to its full potential. The lending capacity will be used to streamline both commercial and personal lines of insurance loans, helping to ease the friction with modern financing infrastructure and the increasing demand for high-quality customer experiences, according to the Ascend statement. 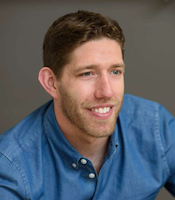 “Buying commercial insurance is shockingly complicated—I’ve seen this pain point firsthand from our investments in companies like Coverwallet, Vouch, Coalition, and Newfront Insurance,” says Mark Goldberg, Partner, Index Ventures. “Building a modern checkout experience that feels more Shopify and less like filing tax forms is the biggest opportunity in the insurance market today. There’s an immediate need for the type of verticalized and embedded end-to-end payments product that spans brokers, MGAs, and carriers.”

Ascend reports that it currently operates nationally in all 50 states working with customers including Vouch, Cowbell, Newfront, Boost Insurance, NFP, LuckyTruck, Rogue Risk, Portal Insurance, and Riskwell. The vendor asserts that its customers have seen increases in policy purchase conversion due to the reduced friction when given the option of monthly flexible payments at point of sale. In some cases, customer adoption of financing has more than doubled from less than 40 percent (pre-Ascend) to 80 percent (post-Ascend), the vendor says. The vendor statement adds that millions of dollars of policies have been transacted through Ascend with the average value of each being nearly $10k, 61 percent of transactions are premium finance loans, the remaining 39 percent are policies paid in full, while 33 percent of checkouts created convert to a transaction and 30 percent of all conversions are on the same day the checkout is created.