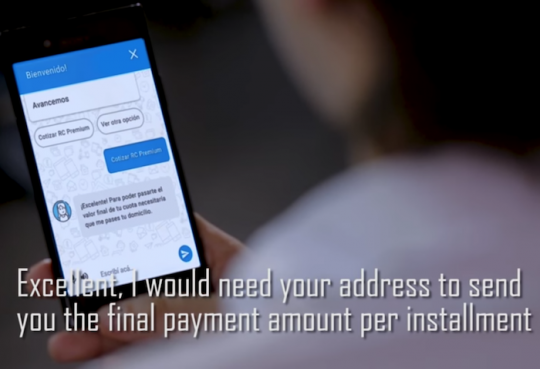 Argentina’s first fully digital insurer, eColón, a division of Colón Seguros (Buenos Aires) announced at InsureTech Connect 2018 in Las Vegas that its Julieta bot virtual assistant is now enabled with improved AI and natural language processing to become the first “verbal” virtual assistant in the insurance industry. Julieta bot was launched along with eColon in Nov. 2017.

“Julieta went to school and came back really smart,” quips Eduardo Iglesias, CEO and founder of Colón Seguros. “We’ve been working with Google and have relaunched Julieta bot with much stronger AI. We believe we are the first insurance company in the world selling insurance with a verbal virtual assistant.”

Julieta bot works over a variety of platforms, including Facebook Messenger and text, and was launched in 2017 with the capability to guide consumers through the insurance buying process and support the entire customer journey up to claims. The new, enhanced version Julieta can be accessed through the eColón web page or Google Assistant or Google Home and uses Google’s DialogFlow and TensorFlow technology.

The new Julieta bot currently supports the entire insurance ownership process for eColón’s motorcycle insurance product. Through its use of geolocation and optical character recognition (OCR) for processing a photograph of an applicant’s motorcycle license, Julieta bot can issue a policy in less than a minute. The application does not currently support purchase of eColón’s homeowners policy, but policyholders can interact with Julieta bot for customer service and claims. “In December we’ll have full, end-to-end customer experience for homeowners,” comments Iglesias.