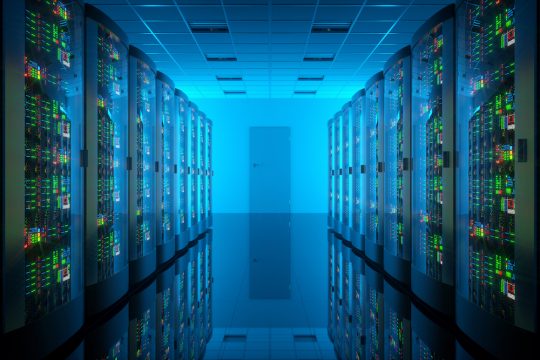 Lynellen Ramirez has been Arbella Insurance Group’s chief actuary since 2011, and has headed the actuarial department since 2008. Her promotion to the additional role senior VP of Research and Analytics appears, superficially, as the conventional maturing of leadership in a midsized property/casualty carrier. But it’s more than that. Ramirez’s actuarial leadership has extended well beyond the bounds of convention, and her new duties reflect her and Arbella’s anticipation of the industry’s data-driven future.

“Under Lynellen’s leadership, the actuarial department has moved away from a traditional service-providing, technical organization to a dynamic business partner,” comments John Donohue, chairman, president and CEO, Arbella Insurance Group. “On a daily basis, her team partners with Underwriting, Marketing, Product Development and Claims to shape the organization’s pricing strategy.” Ramirez has taken what she describes as a conventional actuarial department and moved to intensify the use of analytics and predictive modeling, with Donohue’s support. Seeing how the industry was changing, Ramirez conceived of her role as different than the prior chief actuary’s and sought to adopt new approaches and technologies. She was spurred on by a combined interest in the technical disciplines she was trained in and a perennial interest in the business side of the enterprise.

“I thought that instead of sitting in a stereotypical actuarial box and just showing the business our math, we could take on a more creative role and become a strategic partner to the business,” she says. “We’ve been exploring areas outside traditional actuarial techniques and science, and we’re focused on understanding the points of view of underwriters, agents and customers.”

Appointed head of data governance about a year ago, Ramirez is business sponsor of Arbella’s Data Strategy initiative to rationalize data and develop related capabilities across the enterprise. The initiative is a joint effort between Ramirez’s team and Arbella’s IT organization, led by CIO Paul Brady—who was also recently elevated to senior VP status.  “Data has been siloed across the organization and it can be difficult to combine with external data sources for projects,” she notes. “Through the Data Strategy initiative, we’re creating a data lake and a Big Data environment.” Among the broader objectives of the initiative is to bring more data to more Arbella professionals and enable analysis that wasn’t possible previously. “We’re committed to providing analytics and models where appropriate to parts of the organization beyond underwriting,” Ramirez elaborates. “We’ll always be focused on profitable growth, but we want to go beyond traditional approaches and extend capabilities in areas such as claims—for example instituting claims triage models. We’re also building tools to put information at the fingertips of customer service professionals so that they can more quickly and effectively answer policyholders’ questions.”

Arbella’s larger enterprise data analytics push dates to Ramirez’s assumption of duties as chief actuary, but only conceptually. It took some years to reshape the department, and the Research Analytics team was formed more recently, within the last four years or so. “We’ve been moving in this direction for some time now. With my department structured as it is, we have a framework in place to move further down that path.”

Her promotion from VP to senior VP corresponds largely to the maturity of the Research Analytics team and the progress of the Data Strategy initiative. She acknowledges that her new title is somewhat arbitrary:“One’s title can only be so long, and it is hard to capture all the aspects of my job in a few words,” she says. “My title isn’t chief data officer, but if we had one, it would be me.” Until recently, very large carriers had the advantage of being able to afford more sophisticated data and analytics technology and, perhaps even more importantly, to employ data scientists and other professionals with specialized skills. Advances in technology—not least the proliferation of cloud-based advanced analytics solutions—have brought capabilities within the grasp of midsized carriers such as Arbella and even smaller companies, Ramirez opines.

“More tools have become available to us, but we have also committed to having the right people to use them,” she stresses. “We have very talented data scientists and heavy-minded statistical professionals.”

With those people and tools in place, Arbella is staking out its competitive position for the emerging reality of data-driven business, and an era where insurance may reemerge as a leader similar to its role as a pioneer in data processing in previous decades, Ramirez believes. “As the field of data and analytics rapidly develops, I’m excited about the continued evolution of Arbella’s capabilities,” she says. “We’ve made a commitment to be a data-driven company where data and analytics take on a more strategic dimension.”