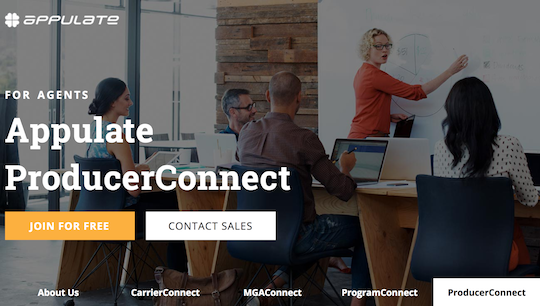 Appulate, Inc. (Westlake Village, Calif.), a provider of quote management automation for the property/casualty industry has launched version 6.1. The new version includes major improvements and enhancements, including a more flexible reverse portal, email templates, loss history collection enhancement and policy renewal automation, according to the vendor. The release comes just 8 months after the launch of Appulate 6 and will be the major release for Appulate in 2017.

“We want to be recognized as the state of the art platform in insurance,” comments Jeff Harris, President, Appulate. “To be that, we need to continuously be innovating.”

An Industry Hungry for Automation

Appulate originally launched in March 2005, providing what the vendor characterizes as a very rudimentary technology to help insurance agents complete carrier specific supplemental forms. The vendor claims its solution is now used by more than two-thirds of all independent insurance agencies in the United States as a way to automate the entire data gathering and submission process. MGAs and insurance carriers also use the solution.

“The industry has never been hungrier for automation,” adds Harris. “Everyone views technology as a key component to driving growth and that is why Appulate is so highly valued,” said Harris.