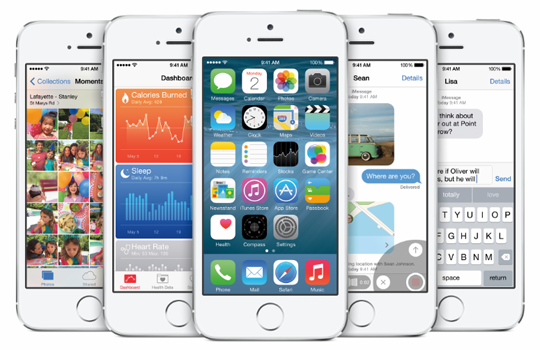 As part of its iOS 8 release announcement yesterday Apple introduced iOS 8 SDK, which the company characterized as the biggest developer release ever, with more than 4,000 new APIs. Especially important is that the release introduces HealthKit and HomeKit frameworks which correspond to the significance of machine-to-machine (M2M) computing and the Internet of Things (IoT) to health and homeowners’ insurance, respectively. Apple’s announcement refers to industries other than insurance, so it’s up to insurers whether they seize on the opportunity the technology offers to their businesses.

HealthKit enables health and fitness apps to communicate with each other, letting each app use relevant information from other apps to provide a more comprehensive way to manage health and fitness. “For example, your blood pressure app could share its data with a physician app, such as the Mayo Clinic app, so your doctor can provide high-quality guidance and care,” according to the Apple announcement.

Just as HealthKit combines health data to help people take better care of their health, HomeKit enables home accessories to connect seamlessly to better manage the home. “HomeKit delivers a common protocol, secure pairing and the ability to easily control individual or groups of devices throughout the house including integration with Siri [iOS’s speech recognition “personal assistant”],” the Apple statement explains. “For example, you can tell Siri you are ‘going to bed’ and it could dim the lights, lock your doors, close the garage door and set the thermostat.”

Apple quotes John Noseworthy, president and CEO of the Mayo Clinic expressing his believe that, “Apple’s HealthKit will revolutionize how the health industry interacts with people.” The announcement also quotes Eric Rondolat, CEO of Philips Lighting expressing his excitement about “being part of the next step in making home automation a reality in a safe and integrated way.”

What’s missing from the announcement is any mention of how health or homeowners insurers could participate in what Apple wants to be a foundational step for connecting networked sensors to data stores, and then using analyses of that data to better price, underwrite, and control losses, says Donald Light, writing at Celent’s blog.

“The iPhone (and other smart phones) have changed parts of the claims process, and basic communication between consumers/patients and healthcare providers,” comments Light, who is director of Celent’s Americas Property/Casualty practice. “Apple clearly hopes that HealthKit and HomeKit will begin to do the same for the IoT.”

The debut of HealthKit and HomeKit represent the next wave of M2M development, which opens the door to the next wave of insurance R&D to see how this technology fits into the insurance world. Or, to put it more strongly, it is a call for insurers to see whether they are ready to assert how insurance is going to fit in an M2M world.

The question is, Celent’s Light says, “Will insurers jump on this wave—or stay on the beach?”