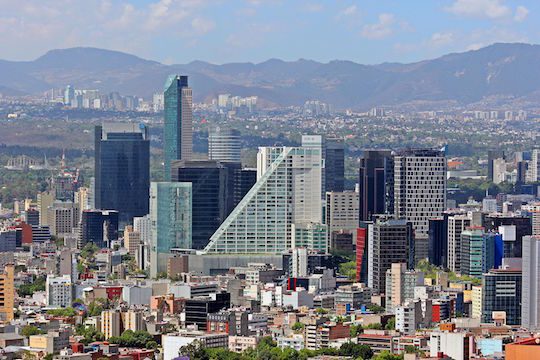 The Mexican Association of Insurance Institutions (AMIS, Mexico City) has announced that it is working with IBM to develop a blockchain solution aimed at ensuring the authenticity, security and currency of insurance policies. The platform will give AMIS a centralized, immutable and auditable source of information that will serve insurance associate companies, final customers and authorities. The solution is designed to give both policyholders and regulators a secure mechanism by which to validate compliance with mandatory vehicle insurance and reduce the risk of being caught up in the nascent market of fraudulent policies that has grown as a result of compulsory insurance compliance regulations, according to a statement from IBM.

The basic challenge of creating blockchain solution is the requirement of creating a complete ecosystem of industry players working together to enable members to benefit from its network effect, according to Recaredo Arias, Director General, AMIS. “With the solution built on the IBM Blockchain Platform and powered by the Linux Foundation’s Hyperledger Fabric, AMIS is laying the foundation to extend the benefits of automation, authenticity and transparency to other lines of business, as well as to other ecosystem participants, which will result in improvements in the quality of insurance services throughout the country,” he comments.

In an increasingly digital industry, trust and transparency remain valuable assets in the operations of financial institutions, but may be harder to establish and maintain, suggests IBM. The vendor says that because of its centralized, immutable and auditable character, blockchain has the potential to reinvent the way financial institutions and industries in general conduct business transactions. According to “IBV Study: Blockchain Rewires Financial Markets: Trailblazers Take the Lead,” a research report by IBM based on a survey of 200 financial institutions, 15 percent of banks and 14 percent of institutions in the financial services market, planned to implement blockchain business solutions on a large scale this year (2017).

“The first great benefit of having a platform based on blockchain is to establish the basis of cooperation at an industry level and to address a problem that affects the end users,” comments Oscar Casado, Director, Value and Digital Services Unit, AMIS. “Today, that is reflected in transactional costs such as processing and management. We have a large documentary trace that we need to run to have evidence of certainty. All that processing could be eliminated when replaced by blockchain, reducing time, risk and costs.” The Stronger the Network, The Greater The Benefit

In a blockchain solution, all participants in the network reap the benefits the technology brings, asserts Jordi Ballesteros Director of Consulting Services, IBM Mexico. “In the case of the insurance sector, the stronger the network, the greater the benefit, including the insured that will have an immutable record to authenticate their policies,” he notes. “For this reason, the use of blockchain will allow insurance companies to offer more competitive services and will help increase the base of insured clients, by avoiding the proliferation of unlawful policies.”

In the first phase of the initiative, the platform will be accessible to all AMIS’s affiliated insurance companies that issue car insurance policies. In subsequent stages the plan is to expand the solution to different lines of business, with the goal of affording similar benefits to all partners within the extended ecosystem, according to IBM.