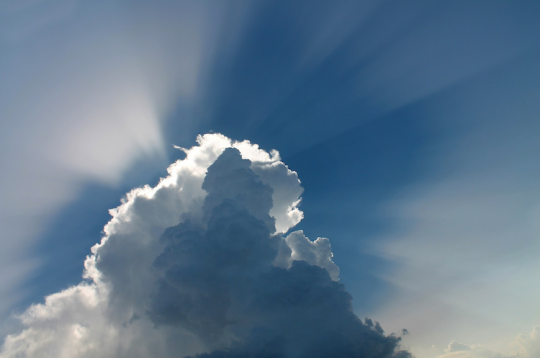 The transition to cloud-based applications is a common objective among mid-tier property/casualty insurance carriers, and Amica Mutual Insurance (Lincoln, R.I.), the oldest mutual automobile insurer in the United States, is no different. However, while most carriers in this premium range tend to build their cloud knowledge and technology stack starting with smaller applications, Amica has chosen a “core outward” strategy whereby it moves its largest, enterprise-class applications to a software-as-a-service (SaaS) or infrastructure-as-a-service (IaaS) platform first. Matthew Wolff, VP, Amica discussed the insurer’s cloud Journey at Sollers Consulting’s (Warsaw) Innovation In Insurance conference, a series of online events held from April 12 to 22.

Constant changes in technology and customer behavior are creating major challenges for insurers, noted Tomasz Turowski, IT Manager, Sollers, in his introductory comments during the session, “Why Transition to Guidewire Cloud, and How to Prepare for It,” during which Amica’s Wolff presented. Carriers’ IT architectures become more complex with every new integration and process automation, requiring more frequent infrastructure refreshes and upscaling, according to Turowski. 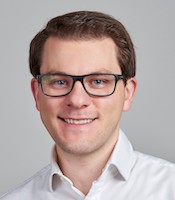 “Responding to these changes implies higher expenses to buy, maintain and improve IT infrastructure,” Turowski commented. “But insurers want to focus on their business instead of spending their efforts on IT and being blocked by it.”

Wolff described Amica as a middle-market carrier, with over $5 billion in assets and 1.5 million policies in force. The company has built a reputation for outstanding customer service and is frequently ranked among the top three carriers for claims satisfaction, customer service and product offering, and is the only insurer to have been awarded 50 JD Power customer satisfaction awards.

“Because we are so focused on our customer experience, our technology portfolio is strongly aligned to support our customer services representatives as well as expand the customer’s experience,” Wolff related. “As a result, when we assess projects, they need to produce clear benefits to the end user and customer—something we believe the cloud provides.”

Wolff reviewed the economic advantages of the cloud for midsized carriers. Maintaining IT infrastructure has a greater budgetary impact for middle-market carriers when compared to Tier 1 insurers, Wolff explained. “When coupled with improvements to security, elastic scaling and speed-to-market, the economics of the cloud become pretty compelling,” he declared.

Amica is several years into its cloud journey, having implemented Salesforce (San Francisco) for CRM, Oracle for finance, as well as core life insurance applications and HR systems. However, during these advances in its “core outward” cloud strategy, Amica continued to maintain its Guidewire (San Mateo, Calif.) systems on premise. This was mostly due to the duration of the insurer’s core transformation initiative, which prioritized Guidewire PolicyCenter roll-outs over upgrades, according to Wolff. “As a result, we were running PolicyCenter and BillingCenter on Version 7 and ClaimCenter on 9,” he notes.

When Amica’s IT team assessed the work needed to perform upgrades in late 2018, Wolff says it made sense to consider adopting Guidewire Managed Cloud as opposed to a more traditional upgrade path. Since Amica already had a multi-cloud environment across Microsoft Azure, AWS and Oracle Cloud, Managed Cloud made more sense than taking an IaaS approach.

The main differentiator of the Guidewire Cloud was that future upgrades to the vendor’s systems would be managed by Guidwire itself, according to Wolff. “This was a key component of our cost/benefit analysis, as we were previously bearing the cost of these upgrades ourselves every few years,” he explained. “We felt that if we utilized an IaaS model we would benefit from the reduced infrastructure cost, but not get the benefit on the upgrade side, as this would still be our responsibility.”

In late 2018, Amica began the planning phase of project to move to Guidewire Cloud. Once the plan was developed, the procurement process began in early 2019. By August of that year, Amica began its Inception Phase, much of which was dedicated to documenting functional requirements for Guidewire Version 10. The insurer made its first deployment to Guidewire Cloud Classic in Jan. 2021, including BillingCenter on V10 as well as the supporting AWS infrastructure. Wolff said that Amica has targeted PolicyCenter’s cloud deployment for mid-year and ClaimCenter for Q4 2021.

Wolff recommended that Guidewire customers seeking to make the move to the cloud should plan for a Guidewire Cloud Readiness Assessment. “This will establish the base plan for the larger project and give you actionable remediation work early,” he explained. “From there, you can start your project budgeting, planning and procurement processes.”

Wolff cautioned insurers to make sure staff had the proper certifications, as some Amica professionals had expired credentials that had to be updated. “This area can be a significant time commitment, especially for ACE, so getting this started early will save you time later on,” he said.

“Finally, work with Guidewire and your partners to understand the Guidewire SurePath approach and collateral,” Wolff advised. “This will give you a framework to execute the project across four principles, optimize scope, leverage content, guide implementations and drive value.”

Wolff offered the following broader “lessons learned” from Amica’s cloud transformation that apply to Guidewire customers but may be relevant to carriers moving to another vendor’s offering:

Design for Cost: “As you move to the Cloud you should take a close look at the Guidewire code as well as any secondary integrations to ensure they are performing well.  Since you pay for both computing and storage in the Cloud, non-performing code, database queries, etc. can quickly increase total cost of ownership.” 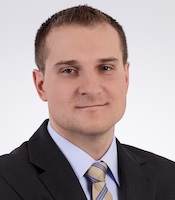 Build Cloud Skills in Advance: “If your company does not currently manage a self-deployed cloud instance or work with a SaaS, this is a good time to start building this skill. We focused on key handoffs in production support to ensure that both Guidewire and Amica understand their respective roles and follow a consistent issue identification and resolution process.”

Diversify Development Methodology: “We utilized a number of different agile frameworks depending upon the need. During the project start up and execution phases, we leveraged Scrum and SAFe agile planning approaches.”

Sollers’ Turowski concluded the session insisting on the necessity of moving to a cloud SaaS architecture to reduce architectural complexity, increase scalability and availability of systems—all in service of enabling rapid innovation while creating a more economical IT environment.

“Cloud transition is a major challenge; it requires a great effort and takes time,” Turowski said. “The sooner you start, the sooner you will adopt to the digital transformation that is happening everywhere. Cloud transition requires specialized IT know-how, but this does not mean that insurers need these competencies internally.”