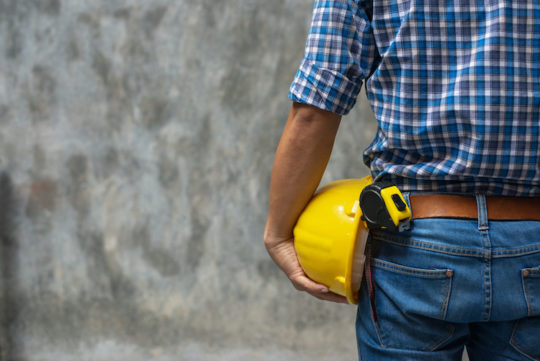 Editor’s note: This story is the first in a series of case studies based on Novarica’s Impact Awards.

Identifying which claims are likely to prove more severe can make a serious impact on a workers’ compensation carrier’s results. With that opportunity in mind, Amerisure (Farmington Hills, Mich.) undertook an initiative to build a platform for applying predictive analytics to claim severity using CLARA Analytics’ (Santa Clara, Calif.) technology. The results, as recognized by Novarica’s Impact Award, included saving $3.3 million in the first six months during 2020 on claims losses and expenses, with an overall expected savings of $4.5 million during that year.

The journey started during Laurie Pierman’s and Jim Suchara’s attendance at the 2018 InsureTech Connect conference in Las Vegas. Respectively VP, Claim Operations and VP of Innovation at Amerisure, Pierman and Suchara learned about CLARA Analytics at the show and embarked on a fruitful relationship with the company.

Amerisure had staffed an advanced analytics team by this time but its activities had been largely focused on underwriting, according to Pierman. “What intrigued us about CLARA was their focus on commercial insurance and workers’ compensation specifically,” she recalls. “Other companies we’d been talking to had more of a posture of, ‘Tell us your problem and we’ll solve it,’ but lacked experience in commercial insurance.”

While today Amerisure is a multiline commercial carrier, it was founded over a century ago as a single line workers’ compensation insurer, and that continues to be its biggest line of business, according to Pierman. “If we were going to start anywhere in claims, it would be to improve workers’ comp outcomes because of the sheer volume of claims,” she says.

Early identification of more severe cases was key to that improvement, according to Pierman. She illustrates by saying that in a given day, there may be five new back strain injury claims. “Having effective analytics helps us understand which of those will resolve within a normal time frame—with the injured worker getting back to work promptly—and those that will keep the injured person off work five years from now,” she explains. “To identify the latter cases early on in the claims lifecycle allows Amerisure to take mitigation steps proactively rather than reactively to improve overall claim outcomes.”

Having selected CLARA as its vendor partner for its claims predictive analytics platform initiative, Amerisure built an internal cross-functional team involving its digital innovation team, information technology, legal, security, and other areas within the organization, according to Pierman. “As an organization, we’re very committed in a top-down way to finding these kinds of opportunities, and that is led by our CEO, through to departmental leaders, in this case our Chief Claims Officer and on through the entire organization,” she comments.

In building the claims analytics platform, Amerisure integrated CLARA’s predictive modeling and AI software into its claims workflow to use at multiple points throughout the claims lifecycle. In its summary case study for the Impact Award, Novarica reports that Amerisure leverages its management reporting portal across the process and uses extensive daily data feeds from Guidewire Software’s (San Mateo, Calif.) ClaimCenter and the insurer’s Enterprise Data Warehouse to update the model.

The entire initiative—including the procurement process for securing CLARA’s partnership—was completed within 11 months. The vendor selection process lasted two months, followed by the creation of a proof of concept phase lasting four months, according to Novarica. “Data preparation and operationalization was the next phase, lasting five months,” according to Novarica. A two-month internal training phase completed the initial implementation project.

In addition to the interdisciplinary internal team, Amerisure’s working relationship with CLARA was decisive in achieving a successful result in a relatively short period of time, according to Pierman. “They sought and found ways of helping us throughout the implementation,” she stresses. “We’re really proud of what we’ve achieved in partnership with CLARA, and we’re excited with where they’re going, and how that meshes with our technology vision.”

Pierman describes herself as being more skeptical and reluctant to oversell a technology’s promise. However, she acknowledges, “The ability to use the data we have to gain insights that are not immediately obvious is huge.”

Amerisure’s stated expectations for the initiative were to achieve $2 million in savings in the first full year. The $3.3 million of savings during the first six months resulted from $1.5 million from a 5.5 percent reduction in litigation in indemnity claims, as well as $1.8 million attributed to a 4 percent reduction in average claim reduction.

“This has proven to our team and the company overall, that analytics can move the needle, and that using our data to glean insights can pay big dividends,” Pierman says. “We’re now working with CLARA not only to further improve the use of analytics in workers’ comp, but also in commercial auto.”