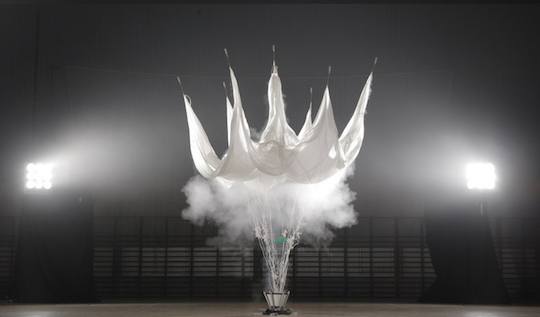 “Commercial drone use is getting more creative than ever before,” comments ParaZero CEO, Eden Attias. “This partnership helps to provide safety options to our already vast and growing client base.”

While drones introduce enormous efficiencies to multiple industries and also reduce the possibility of certain types of workplace industries—e.g., claims adjusters falling of ladders or roofs—they also introduce new safety-related risks. AGCS’s partnership with ParaZero is aims to address these risks, according to James Van Meter, Aviation Practice Leader, AGCS. “Operators who have this safety equipment installed are less likely to injure people on the ground, less likely to cause third-party property damage, and they greatly reduce the likelihood that their aircraft and payload will be damaged in a loss of power or loss of control situation,” Van Meter comments.

The partnership between the two companies is scheduled for initial roll out in the U.S. market followed by other regions where AGCS insures unmanned aircraft; the insurer will offer pricing incentives and preferential conditions to those using ParaZero products.

ParaZero’s drone safety system, SafeAir, uses an onboard computer paired with a pyrotechnic parachute launcher to enable deployment in fractions of a second upon flight malfunction. The safety package monitors key flight parameters, and upon identifying flight malfunction, it deploys a parachute, stops the rotors, reduces drone speed and emits a loud notification sound to alert bystanders of the aircraft’s controlled descent; for example, the rapid descent of a large 750 lb. drone could be stopped in approximately 30 feet.

According to the Federal Aviation Administration (FAA), commercial drone use in the U.S. grew at a rate of 150 percent with registered users going from 42,000 in 2016 to more than 110,000 in 2017. The FAA predicts that by 2022 this sector will likely be four times larger. From agriculture and film making to property surveillance and emergency response, drones are a multipurpose tool that can offer limitless support to any industry. As they have become more dynamic and sophisticated pieces of equipment over the past few years, a high-end commercial drone with attached camera equipment can cost upwards of $20,000 and can carry a payload of up to 500 lbs. “AGCS recognizes the incomparable value that ParaZero brings to the table in an effort to carefully manage risks involved with the operation of drones,” Van Meter says. “By prioritizing drone safety technology, we are supporting innovation to help clients mitigate risks and keep everyone safer.”

“Most accidents occur when a drone loses power or experiences critical flight breakdown and a pilot is limited in their options to prevent damage to the craft, surrounding area and people on the ground,” adds Van Meter. “This forward-thinking partnership exemplifies our commitment to safety, client satisfaction and the exponential growth of the UAS industry.”