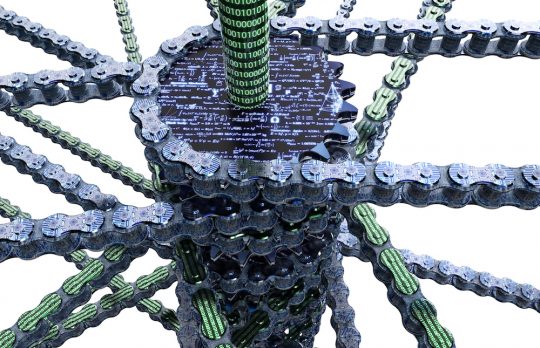 The captive insurance realm exemplifies some of the most complex insurance processes, and as such is an extremely suitable environment for testing blockchain. Allianz Global Corporate & Specialty (ART, New York; a division of Munich-based Allianz) has chosen this environment to develop a blockchain prototype for an existing captive program for a long-standing customer of global scale. The insurer developed the prototype in partnership with EY (London) as blockchain advisory service provider, digital agency Ginetta (Zurich), and Citi Treasury and Trade Solutions (New York) for money transfer capabilities. Allianz asserts that the prototype demonstrates that international insurance transactions can be significantly accelerated and simplified within an extremely large and complex international administration environment. The prototype includes the broad benefits of transparency, permissioning and auditability, as well as specific functionalities including cash payments, real-time access of tracked information and an intuitive, convenient user interface, according to Allianz.

“We are currently seeing many blockchain applications in the financial services industry and are eager to explore the potential of this exciting technology in the corporate insurance segment,” comments AGCS Board Member Hartmut Mai. “The captive blockchain prototype is one further example of our commitment to leverage new technologies and drive innovation in insurance.”

A statement from Allianz describes characteristics of captive insurance programs relevant to their suitability for the use of blockchain: Allianz explains its role as one of “fronting insurer” partnering with the captive owner to administer each program, using its international network in 210 countries and territories to fully comply with local regulations.

Mark Breading, a partner with Boston-based research and advisor firm SMA, describes the ideal environments for blockchain applications as those where complex, high-value transactions are conducted between multiple parties. When those transactions cross borders and involve a series of related transactions for contract fulfillment and money exchange, the case for blockchain is made even stronger, he says.

All of these conditions apply to the Allianz prototype, according to Breading. “With Allianz as the program administrator, the client operating across multiple countries, Ginetta offering the digital currency platform, and Citi Treasury & Trade Solutions providing the payment processing, the level of complexity is high—but so is the potential value,” he comments. “It is apparent that the prototype was able to increase efficiencies, decrease transaction times, and… it is likely that it provided the very high level of security incumbent with the blockchain approach.”

Allianz reports that its captive insurance blockchain prototype, built on the Blockchain framework Hyperledger Fabric 1.0, focuses on two types of insurance policies—Professional Indemnity and Property—for a captive insurance program with local subsidiaries in the US, China and Switzerland. The prototype looks at three common process flows in the captive insurance cycle—annual policy renewals, premium payments and claims submission and settlement, according to the insurer. It translates these processes into the distributed ledger environment decreasing the time from start to policy, policy to premium and claim to settlement. “Our captive insurance blockchain prototype demonstrates that regular transactions and cash transfer between fronting insurers and clients can be significantly accelerated and simplified,” comments Yann Krattiger, Principal, ART. “Automated processing replaces the exchange of thousands of emails and massive data files. Each process is transparent and can be tracked in real-time. Our customers benefit from increased speed, reliability and auditability.”

EY characterizes its involvement in the prototype as a prime example of the company’s approach to co-innovating with its clients. “It allowed us to demonstrate and trial the power of distribution and decentralization in the transformation of the insurance industry, using the Hyperledger Fabric Composer toolset to achieve fast and flexible prototype results,” comments Isabella Brom, Project Manager, EY. “The project deepened our and our client’s understanding of how applied blockchain technology will not only fundamentally change insurance as we know it but also create new business models.” “Citi is very proud to have been able to help Allianz achieve this industry milestone,” comments Tapodyuti Bose, Global Head of Channel, Enterprise and Account Services, Citi Treasury and Trade Solutions. “By leveraging innovative, new technologies such as Allianz’s blockchain prototype and CitiConnect API, we are able to partner to design new business models and rapidly implement them in a matter of weeks.”

Ginetta designed what Allianz describes as the intuitive, convenient user interface that incorporates the requirements of ART and its captive client. The insurer says the interface visualizes core processes, and through real-time information allows tracking their progress by all relevant stakeholders around the world. Before creating the user interface all processes of captive insurance management have been reviewed, redefined and radically simplified.

“With blockchain much focus is put on the technology, yet in reality perhaps 10 percent of the work is related to technology. The other 90 percent is rethinking the underlying processes and these in the end are all about people,” says Alan Cabello, Project Lead and Innovation Manager, AGCS Central and Eastern Europe.

Announcements like that of Allianz’s blockchain prototype will be appear with greater frequency in the coming months, according to Mike Fitzgerald, Senior Analyst, Celent (Boston). He affirms that blockchain has the capacity to bring efficiency improvements in orders of magnitude, coupled with higher quality, more accurate and more transparent information. “We’re likely to see that 2017 is year of proof of concept and 2018 is the year of implementation.” The captive environment is a significant choice as a proving ground for blockchain, not just because of its complexity, but because of how intermediaries traditionally work within it, according to Fitzgerald. “One of the principal ideas of blockchain is to eliminate central hubs or intermediaries, so it will be interesting to watch how brokers respond,” Fitzgerald comments. “Brokers aren’t integral to making the whole transaction work.”

The potential for disintermediation, along with the speed and efficiencies of blockchain, will make it easier for businesses to take the captive insurance route, Fitzgerald asserts. “The experience of captives will have the rest of the market asking, ‘Why does it take us three days to figure out who’s on this part of the risk?’—so it will push the market as captives will be able to implement faster, easier, with direct benefit.”

However, while the movement may start in the captive space, it certainly won’t end there, Fitzgerald stresses. “More traditional commercial insurance clients will begin to ask, ‘Why do we have to wait to get certificates of insurance? If there’s a loss why can’t we get paid immediately if it’s verified?’”