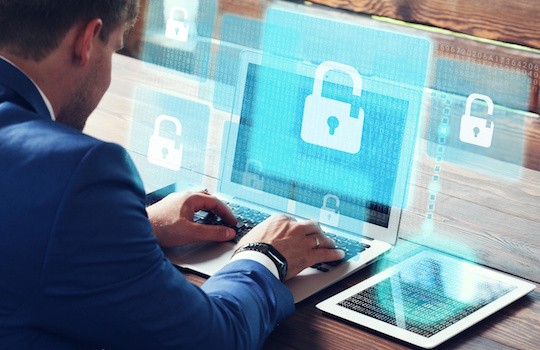 Alertsec, a Palo Alto, Calif.-based provider of cloud-based laptop encryption solutions, has released two-factor authentication for administrators and its new monitoring solution, Alertsec Third-Party Supplier Security. The Alertsec capabilities are designed to enable large corporations to extend their endpoint security beyond the corporate network by encrypting subcontractors’ endpoints, according to the vendor. The new third-party solution includes a monitoring tool that allows users to see who outside of the network has full disk encryption deployed, which Alertsec says provides visibility and control of sensitive company data. The vendor’s solutions address the lack of control that organizations have historically had over third-party vendor data. Alertsec provides a visibility tool for users to control who is protecting company information with encryption, which the vendor says especially important for insurers and companies in other industries that handle personal information, such as healthcare and financial services industries. Alertsec’s solutions are designed to enables organizations to supervise subcontractors to secure their endpoints with encryption, thereby minimizing the possibility of disclosing sensitive information and of data breaches.

In addition, Alertsec has announced that it now supports two-factor authentication for administrators, a capability that adds a second layer of security to help prevent unauthorized access.

“We are very excited to announce the addition of the Third-Party Supplier Security monitoring solution and Two-Factor Authentication to our suite of encryption capabilities at Alertsec,” comments Alertsec CEO Ebba Blitz. “Every day many emails are exchanged within large corporations, often containing sensitive company information, which is then sent to third parties, such as vendors. We at Alertsec work with organizations to ensure that their subcontractors secure all sensitive data. Even large corporations with extensive security systems do not have control of their own information once it has been shared externally outside of the corporate network.”

Alertsec describes the monitoring solution as an easy-to-use intuitive application that provides no extra responsibilities for corporate IT departments, as the technology is cloud-based and provides a 24/7 help desk.

The vendor details the solution features as follows:

The application works as follows, according to Alertsec:

Two-factor authentication gives Alertsec users the ability to apply more rigorous security for anyone logging in to the web account, according to the vendor. Alertsec says the new feature provides:

“Deployment of Alertsec’s endpoint encryption monitoring solution and two-factor authentication is the most effective way to protect company information because it ensures it is not accessible via an unencrypted laptop,” Blitz adds.