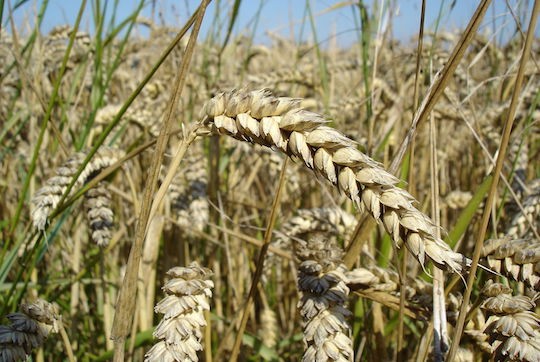 AIR Worldwide, a global risk modeling firm based in Boston (a division of Verisk Analytics, Jersey City, N.J.), has released its Crop Hail Model for Canada, a probabilistic view of crop hail risk in Canada, designed for use by stakeholders across the crop insurance value chain. The solution relies on many thousands of simulations of potential annual hail activity to give insurers and reinsurers the ability to assess the likelihood of a wide range of losses, including larger losses than have been experienced by the industry, providing what the vendor characterizes as a complete view of risk to crop hail portfolios.

“Hail is a significant peril in Canada, causing damage to crops as well as to property and vehicles,” comments Ken Doleman, president and CEO, Palliser Insurance Company (Saskatoon, Saskatchewan). “A thorough understanding of this complex peril is evident in the new, sophisticated crop hail model from AIR. This innovative model will help us make better underwriting decisions and model our portfolios more reliably. As a result, we can provide the best hail policies to protect the farm customer’s hard work.” The catalog of simulated events for the AIR crop hail model does not rely exclusively on records of past hail events and weather patterns; it also includes extreme, but realistic events outside the historical record that could have occurred given daily atmospheric conditions experienced during recent years, the vendor reports.

The model’s probabilistic view of potential hail activity provides what AIR calls a robust view of the risk of loss for the coming season to crop hail contracts in Alberta, British Columbia, Manitoba, New Brunswick, Nova Scotia, Ontario, Prince Edward Island, Quebec, and Saskatchewan. The model takes into consideration the unique impacts hail can have on various types of crops, including barley, canola, corn, flax, lentil, oats, pea, potato, soybean, and wheat, which are each explicitly modeled.  Losses to all other Canadian crops are modeled implicitly.

The new Canada model serves as a supplement to users of AIR’s Crop Hail Model for the United States, giving them an expanded view of North American crop hail risk because the models for Canada and the U.S. leverage the same 10,000-year hail catalog, with a domain that covers the contiguous United States and nine southernmost Canadian provinces.

“The continuity will be particularly useful for insurers and reinsurers that underwrite exposures in both the U.S. and Canada and for brokers that prepare submissions for companies in both countries,” adds AIR’s Amthor. “Although straight hail insurance policies are currently written only for the Canadian Prairie provinces, the model accounts for six other Canadian provinces with crop exposure. In addition, because the AIR Crop Hail Model for Canada and the AIR Severe Thunderstorm Model for Canada use the same hail catalog, users of AIR’s CATRADER software can easily evaluate combined property and crop losses annually by province.”

In addition to the introduction of the Crop Hail Model for Canada, AIR has completed an update to its Multiple Peril Crop Insurance Model for China, which is included in CATRADER 19.0, the vendor reports. The historical catalog was updated to include historical experience through 2015, for both crops and forests. The model’s crop industry exposure database was also updated using the most recently available China Statistical Yearbook, which is current up to 2015. Additionally, policy conditions were updated to reflect 2016 values. The update introduces two new features: comprehensive forestry loss estimates to better estimate losses to insurance policies that offer comprehensive coverage (including wind, fire, and disease/pest perils) and a new custom loss catalog, allowing users for the first time to input a custom set of deductibles and estimate losses in real-time.

The Crop Hail Model for Canada is currently available in AIR’s CATRADER Version 19.