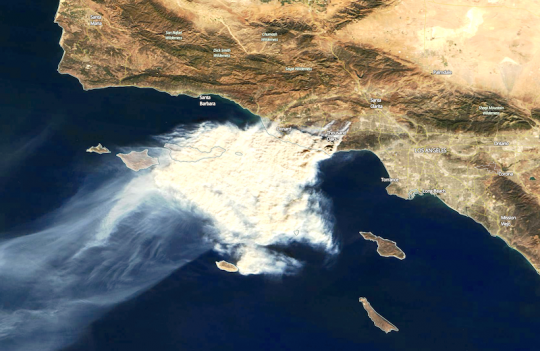 Catastrophe risk modeling firm AIR Worldwide (Boston) has released an estimate that industry insured losses from the Woolsey Fire in Southern California will be at least USD 2.5 billion. AIR stresses that its estimate of insured losses is based on the assumption of nearly 100 percent take-up rates. The fact that damage from fire, including wildfire, is included in standard homeowners’ policies in California informs that assumption. AIR Worldwide is a Verisk (Jersey City, N.J.) business.

In reviewing the circumstances of the Woolsey Fire, AIR reports that this vegetation fire ignited on November 8 south of Simi Valley in the southeastern corner of Ventura County and spread quickly due to Santa Ana winds and low humidity, as well as challenging suppression factors including steep terrain, limited access, and extreme fire behavior. Full containment was achieved on November 22. The cause of the Woolsey Fire is still under investigation, according to the final update issued by Los Angeles County Fire Department on November 25. In total, the Woolsey Fire burned through 96,949 acres and 1,643 structures; another 364 structures were damaged.

AIR expects total economic losses to be higher than the industry insured loss estimate. Industry insured losses from the Woolsey Fire could be higher than USD 2.5 billion due to uncertainty in the payment of additional living expenses resulting from mandatory evacuations, loss of some individual structures outside of the most affected neighborhoods, as well as widespread but lower levels of loss due to smoke, loss of electricity, and damage from suppression efforts.

AIR reports that its modeled insured loss estimates include:

AIR’s modeled insured loss estimates do not include:

California Wildfire Losses Between $15B to $19B, says CoreLogic