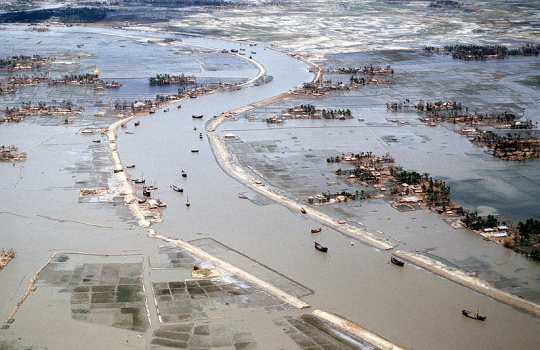 AIR Worldwide (Boston) has released Version 3.0 of its Touchstone catastrophe modeling software platform, which the vendor describes as a total risk management solution upon which insurance companies can build a broad analytics infrastructure and perform advanced analytics to help companies better own their risk. The new version includes additional tools to test, compare, and modify model output to develop their own view of risk, AIR reports. “Today, more than 120 companies are benefiting from the advanced capabilities of Touchstone for catastrophe risk analysis,” comments Bill Churney, COO, AIR Worldwide. “With this release, AIR continues to execute on its technology road map by introducing important new functionality. With the new features and significant workflow enhancements, Touchstone version 3.0 offers even more flexibility, a broader range of analytics, and more efficient workflows to our rapidly growing client base. Next-generation catastrophe modeling is a reality; companies are seizing the opportunity now, not waiting, to perform more advanced analytics to better own their risk.”

Touchstone 3.0 offers comparative loss analytics that allow companies to evaluate multiple sets of loss results simultaneously, including results between model versions, between different exposure sets, or using different policy terms—comparisons that, in the past, had to be performed outside of the software, AIR reports. The new release also provides access to detailed hazard data for simulated events to give users even more insight into the drivers of loss and to further facilitate model validation as required by regulatory regimes such as Solvency II. Additionally, Touchstone 3.0 provides expanded loss modification capabilities to allow companies to develop their own view of risk.

Touchstone 3.0 also supports the ability to integrate non-AIR models, thereby extending the range of exposures that can be modeled in Touchstone and providing alternative views of risk, according to AIR. In this release, risk assessment company ERN’s Mexico earthquake and hydro models are seamlessly integrated into Touchstone, the vendor claims.

The new release has a new ring accumulation method as part of its Geospatial Analytics Module, AIR adds. A new Dynamic Ring accumulation algorithm identifies maximum exposure concentration rings using a technique that can deliver more accurate accumulations than traditional methods. Traditional methods are often limited to finding rings with the constraint that one of the risks is at the center of the ring. The Dynamic Ring tool removes this constraint and can find the maximum exposure accumulation ring even when a risk is not located at the center. Also, functionality within Underwriting Mode continues to expand to include new analytics and data, such as the ability to assess the marginal impact of policies under consideration and the ability to analyze additional noncatastrophe sources of loss.

“Touchstone 3.0 contains many enhancements that serve to increase transparency and usability in an already robust platform,” AIR’s Churney adds. “In addition to offering new features on comparative analytics and the ability to access and analyze stochastic hazard information, AIR continues to provide choice in deployment by giving companies the ability to burst to the cloud within Touchstone 3.0 during times of peak activity, opt for full deployment in the cloud, or host on premises.”

The new and updated models included in the Version 3.0 release of Touchstone and/or Version 17.0 of CATRADER represent the culmination of major research and development efforts at AIR, according to a vendor statement. They include updates to the U.S. hurricane model, such as a new hydrodynamic storm surge module; comprehensive updates to the hazard and engineering components of the Canada severe thunderstorm model; new tropical cyclone and winter storm models for Canada; an expanded global pandemic model that includes coronaviruses and filoviruses; an expanded European inland flood model to include Austria, the Czech Republic, and Switzerland; a significant update to the South America earthquake models that include the ability to assess tsunami risk and that adds Ecuador to the model domain; and new flood hazard maps for Brazil. Later this year, AIR plans to release an update to its Japan typhoon model to include storm surge.