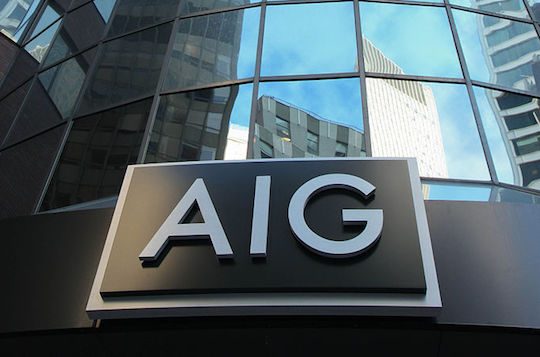 AIG (New York) has announced the appointment of Peter Zaffino as Executive Vice President, Global Chief Operating Officer effective August 1, 2017. Zaffino most recently served as CEO of Marsh LLC, a subsidiary of Marsh & McLennan Companies, Inc. (MMC, New York), and as Chairman of the Risk and Insurance Services segment of MMC since 2015. He was also a member of MMC’s Executive Committee since 2008. As COO Zaffino will lead the day-to-day business of all country operations, including U.S. Commercial field operations and AIG’s Multinational organization, as well as Global Business Services, Administration and Communications, according to a statement from the insurer. “Working closely with the CEO and Executive Leadership Team, he will develop AIG’s long-term strategy and operating plan, and be responsible for executing the Commercial and Consumer strategies to achieve growth and profitability objectives,” the statement says.

“Peter is one of the most talented executives operating in the insurance industry,” comments Brian Duperreault, the insurer’s President and CEO. “AIG’s field operations will benefit from Peter’s experience across all aspects of the business, most recently with one of the world’s largest brokers. Adding his deep insurance knowledge and expertise to the leadership team at AIG will accelerate our efforts to build and expand on this great franchise.” In a comment on his appointment, Zaffino referenced working closely with Duperreault during the latter’s tenure at MMC. “We are both driven to help our organizations achieve their greatest potential,” he said. “This comes with a dedication to operational excellence and empowering those closest to our clients to create valuable risk solutions for customers wherever they are in the world. I look forward to joining the talented team at AIG and contributing to the success of the company’s next chapter.”

Prior to becoming CEO of Marsh CEO in 2011, Zaffino was President and CEO of Guy Carpenter & Company, a subsidiary of MMC, having previously held a number of senior roles at the firm. Prior to joining Guy Carpenter in 2001, he held several senior positions, including serving in an executive role with a GE Capital portfolio company. Zaffino earned a BA in economics from Boston College and an MBA in finance from New York University’s Leonard N. Stern School of Business.