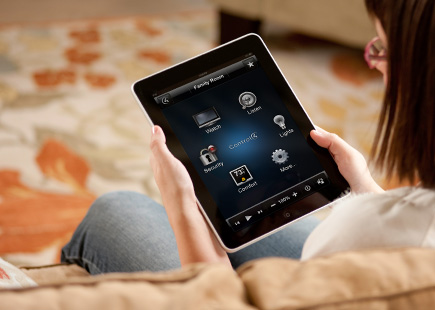 P&C insurers continue to grapple with the telematics opportunity, but what may be the next big opportunity for telemetry-based product innovation is developing quickly. Home automation or “smart home” technology is making inroads through popular consumer solutions and already provides opportunities for underwriters to recognize lower risk factors among customers. As smart home technology evolves, insurers may have the opportunity to utilize real-time telemetric data for the assessment of risk and prevention of loss.

The “smart home” phenomenon was the hottest topic at this year’s Consumer Electronics Show (CES), and USA Today  reported that manufacturers had taken a major step forward in their advocacy for the “connected home” by focusing on practical applications rather than gimmicks.  In addition to its popularity for new construction, “smart” automation was one of the top trends in home remodeling for the next five to 10 years, according to a 2013 study commissioned by Harvard’s Joint Center for Housing Studies.

Among the major reasons that consumers are adopting smart home capabilities are their desire to enhance and automate climate control, lighting and entertainment devices, according to a statement from Control4, a vendor of home automation systems. Security solutions are increasingly serving as a gateway for consumers exploring home automation, the vendor says. For example, smart door locks not only provide the ability to monitor locks and conveniently control them; they can also keep homeowners informed about who is entering and leaving the home, when they left, how long they were there, etc. Homeowners are also interested in the potential for insurance premium discounts based on home automation capabilities, according to Rene Robaina, president of Home Technology Solutions, a reseller of Control4’s products. “Insurance companies can offer discounts for security systems, fire protection systems, camera systems and some water-leak detection systems,” he says.

The advance of home automation system provides more opportunities for insurers to offer such discounts, but ultimately smart home technology provides an opportunity for telemetry-based underwriting or loss control.

Telematics already provides a model for underwriting and pricing based on remote data collection through machine-to-machine (M2M) computing. Forty-seven percent of the respondents to a recent Deloitte survey of financial services customers said that they were not interested in having their driving monitored under any circumstances. That may seem a discouraging statistic for proponents of usage-based insurance (UBI), but the more striking fact is that more than half of respondents are willing to trade private information for a premium discount. Percentage of those who would allow driving to be tracked via mobile device. Source: Deloitte.

The figures appear in the Deloitte report, “Overcoming Speed Bumps on the Road to Telematics,” which predicts the further growth of UBI. “The genie is out of the bottle,” write authors Sam Friedman and Michelle Canaan. “The industry as a whole is not likely to go back to relying only on its traditional methods of assessing auto risks. A growing number of carriers will likely adopt behavioral-based telematics as a way to at least supplement traditional underwriting factors.”

That growing number of carriers will only be following a general cultural trend to trade private information for value. Consumers know that their every online move is tracked and potentially used for commercial purposes, and they are commonly offered the opportunity to opt in to a value proposition by volunteering information. It’s a short leap from there to the example of a policyholder providing a stream of information that tracks their driving in order to get a break in premium. Once there are reliable sources of telemetric data of significance to homeowners’ and other property underwriting, there’s no reason that shouldn’t result in insurance product innovation. As the authors of the Deloitte report note:

Indeed, before too long the use of sensory technologies that permit behavioral underwriting by insurers is likely to be expanded beyond auto insurance into homeowners, life and health coverages, and perhaps even non-auto commercial lines as well, such as workers’ compensation. Smart homes, biometric monitoring, wearable technologies, and the Internet of Things are all developing trends that could support and accelerate such initiatives.

The conversation about the potential of home automation technology for insurance has been going on for years, but it’s closer to being realized, suggests Chad Hersh, managing director, Novarica. Telematics are paving the way for consumers to trade privacy for price and home automation is the next logical step, according to Hersh. “Rather than a usage-based insurance (UBI) approach, these systems will allow for something more akin to Progressive’s Snapshot auto insurance offering in which discounts are provided to incent safe driving behaviors,” Hersh predicts. “Similarly, home automation could allow carriers to provide discounts for locking the door and setting the alarm at night or during extended absences and for having monitoring in place for things like moisture and flooding, open garage doors, etc.”

Smart home technology-based insurance can improve upon existing premium breaks for features such as security systems by ensuring that these features are actually used, notes Ellen Carney, an analyst with Forrester. “I get a discount on my homeowner’s policy because I have a security system,” she confides. “Now, wouldn’t it be good for my insurer to know that I actually turned it on all the time when I left!”

Carney opines that the traditional approach to homeowners underwriting suffers from the weakness of not addressing one of the most important causes of loss – the homeowner. “It’s the homeowner that can cause the most damage because they leave the dryer running and it catches fire, or they don’t change washing machine hoses, furnace filters or smoke-detector batteries,” she comments. “Imagine a program where I could prove to my insurer that I bought and installed new hoses, etc., and they gave me a discount to Home Depot to do just that.” The potential of smart home technology for underwriting could also be combined with the concept of the resilient or fortified home that is emerging out of research conducted by the Insurance Institute for Business & Home Safety (IBHS), Carney believes. The IBHS has created a large research facility capable of simulating environmental hazards such as high wind and wildfire conditions to test the resilience of building materials. The organization’s findings could be applied to the needs of given geographic locations and combine weather data, natural hazard maps and other inputs with property features designed to mitigate risks and reduce losses.

“For instance, storm shutters could be set in place automatically, based on a coming weather event,” Carney notes.  “And the home – like the car in the telematics scenario – could report on event severity; sensors in the roof could monitor wind speed, direction, angle that hail strikes the roof, size of hail, and so forth.”

“I think we’ve barely scratched the surface on what the connected home means and what it holds for better underwriting, loss control, emergency management, public safety and so forth,” Carney adds.