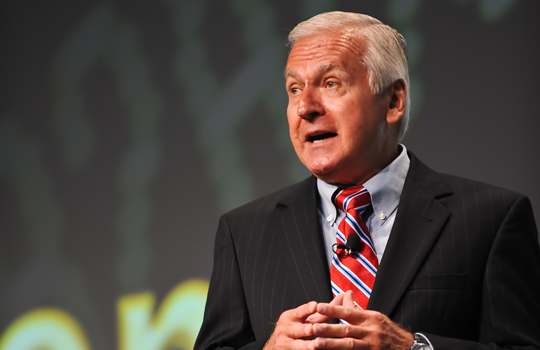 Gregory Maciag, president and CEO of international insurance technology standards organization ACORD has announced his plan to retire on January 16, 2016. Following his retirement, Maciag will serve as an advisor to the organization for an additional year, through Jan. 15, 2017, which will mark his 40th year with ACORD.

“I speak not only for the board of directors, but for all ACORD members, when I acknowledge Greg’s successful journey with us over the past four decades,” comments John Leonard, president of The MEMIC Group and ACORD chairman. “Greg provided us with the vision, leadership and stewardship that cultivated partnerships and placed ACORD on the international stage. We are now one of the largest and most successful industry standards development organizations in the world.”

(Related: ACORD LOMA is Over:  Next Major ACORD Event Fall 2015)

Maciag joined the organization in 1977 to launch the ACORD Form library, which an ACORD statement characterizes as a beacon for industry standardization, and which set the groundwork for the organization’s expansion in the following decades.

After a several senior roles at ACORD, Maciag took on the CEO role in 1994, succeeding Robert E. Merriman. “It was a difficult time,” Maciag recalls. “Industry leaders had very different opinions about the future of ACORD. I was given the opportunity to develop a vision and modify the mission to reflect the technology revolution that was under way at the time and still continues today.”

In the years that followed, lines of business serviced by ACORD were expanded from property and casualty to life, annuity and related health as well as surety and reinsurance, an ACORD statement relates. “The requirement for data standards became obvious to everyone as they wrestled with moving data between trading partners using proprietary systems,” Maciag observes.

In 2000, with Maciag at the helm, ACORD opened a London office immediately after a merger with WISe, a consolidation of LIMNET in London, RINET in Brussels and the World Insurance Network. Thereafter, ACORD became the global industry standard for Lloyd’s and the London Market. Maciag had earlier influenced a merger with the Insurance Institute for Research during the 1980s.

While ACORD’s role continued to expand in the United States, Maciag also coordinated with industry leaders to bring ACORD into Europe, Australia, Southern Africa, China, India, Singapore and several other nations where ACORD members also conducted business, according to an ACORD statement. Maciag has published hundreds of columns for trade publications and authored two books, The Business Information Revolution (2005) and The Real-Time World (2009). He continues to write a weekly weblog at www.acordceo.org.

The ACORD board will organize a five-member selection committee with three outside industry executives to identify and recommend Maciag’s successor during the coming year, according to Leonard noted. The board plans to announce the next CEO at the new ACORD2015 event in November in Boca Raton, Fla.

“You never replace a guy like Greg Maciag,” Leonard says. “You move on and plan to take ACORD to the next level. The new CEO certainly has big shoes to fill.”