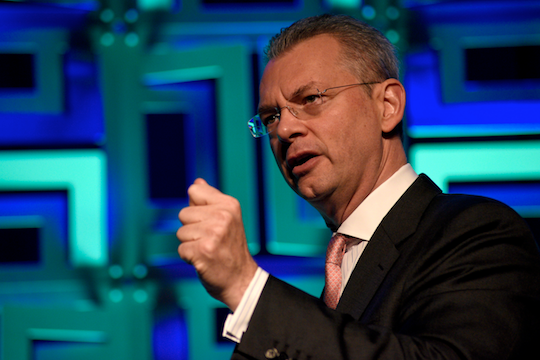 While insurers didn’t necessarily spend more on technology during the last year or two, accumulated investment is beginning to show as a major factor in value creation, according to two new studies conducted by ACORD, presented by Bill Pieroni, the insurance technology standards organization’s CEO, during his keynote addresses at the ACORD2017 conference in Boston, Oct. 24-26. The studies document what Pieroni characterized as dramatic value creation in both the U.S. property/casualty and the global life and annuities industries.

Using cash flow versus cost of capital as its chief metric, the ACORD U.S. Property & Casualty Value Creation Study rated carriers as sustainable value creators, hollow value creators and value destroyers. The study examined 100 select carriers out of 2,400 nationwide. Pieroni defended the sample, noting, for example, that while it included only 4 percent of companies, it represented 90 percent of total industry premium across 32 lines of business.

The study showed that more than $230 billion in value was created during a 10-year span ending in 2016 in the United States, with the companies generating value (84) vastly outnumbering what he called the “destroyers” of value (16). “I’ve never seen such little value destruction,” Pieroni said, noting that he conducts the study every five years. “There really has been a bifurcation, a change in the distribution among carriers.”

Pieroni cited focus on underwriting profit, digitization, and changed macroeconomic conditions as major factors in the shift. “Amplified alignment between strategic intent and capabilities is the key differentiating factor separating sustainable value creators from destroyers,” he commented. “We are finally seeing the true impact of decades of technology investment on results.” Pieroni emphasized the role of company scale in the results. Larger carriers globally tend to have better average performance, whether measured in loss ratio, premium growth or customer retention, whereas smaller carriers were more volatile and unpredictable in their results. “Think McDonalds: consistent,” Pieroni quipped. “With a small restaurant, you could get an amazing meal or die of food poisoning.”

The larger carriers, 64 percent of which wrote premium in excess of $3 billion, created, on average 5.1 percent of value per premium dollar, compared to the smaller ones creating only 1.3 percent. The largest carriers created 5.5 percent. Bigger carriers, when they did destroy value, destroyed less, smaller carriers destroyed proportionately more. “Only two big ones destroyed value,” Pieroni said. “We’ve never seen that before. That shows the cumulative value creation.”

The P&C study yielded somewhat counterintuitive conclusions, including the being a direct-to-consumer insurer was not an automatic route to value creation—13 percent of destroyers were direct writers. Also, while speed-to-market has been a prominent theme in the industry, achieving excellence in this area didn’t prevent insurers from falling into the destroyer category.

The ACORD Global Life Insurance Value Creation study took a different approach to measuring value, using as its chief metric total shareholder returns as a calculation of share price appreciation and dividends of 50 of the largest global, publicly traded life insurers during the last six years. Like the U.S. property/casualty study the life-and-annuities study identified insurers as falling into three groups, this time identified as Value Creators, Value Neutrals, and Value Destroyers.

As a group, value-creating life insurers delivered a return of over 136 percent to shareholders—nearly twice the return of the S&P 500 over the same time period, according to Pieroni. By contrast, value neutrals returned 41.6 percent and destroyers lost 18.0 percent.

The results of the life insurance industry study were less clear in terms of drivers, as demonstrated by a wide range of returns, Pieroni acknowledged. “In contrast to the P&C market, where insurers must employ multiple strategic options at the same time across all markets, life insurers must be able to execute multiple strategic options separately, each customized to unique product and geographic market segments,” he elaborated.

Definitive Affirmation of The Value of IT Investment

In a conversation with Insurance Innovation Reporter Pieroni stressed several observations supported by the studies, among them that insurers should recognize that they bring value to people’s lives and should not compete on price; that digital competitors did best, and that being on the digital journey—having invested over a period of years in technology—will influence greater value creation.

“The biggest observation is that sustainable value creators in P&C have begun to see value from their IT investments,” Pieroni commented. “We’ve been waiting for decades to see improvements in productivity and results, and this study shows that definitively.”

Pieroni remphasized that insurers’ success depended not merely on sustained technology spending but on a journey of transformation within which technology plays a critical role, aligned with organization, process, strategy—and a willingness to take risks. “There are problems that money alone can’t solve,” he said. “This takes stewardship and accumulated experience—if you haven’t started on the journey, you are at risk of never being able to catch up.”

New sourcing options, particularly cloud-based solutions, are a boon to smaller carriers who lack the capacity of large insurers to invest in technology, Pieroni affirmed. However, they cannot outsource their strategic evolution. “Even though today small companies can acquire technology capabilities on the cheap, what they have often failed to do is rethink the underlying business process and organizational capabilities,” he elaborated. “In the end, it’s not just the tools.”

Insurers Must Digitize or Be Marginalized—ACORD CEO Bill Pieroni