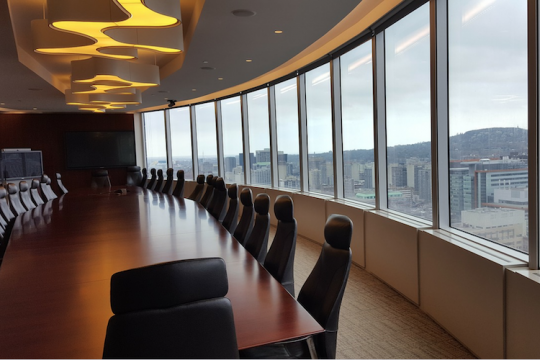 ACORD, the global standards-setting body for the insurance industry, has announced its 2020 Board of Directors. The ACORD Board will be chaired by Tony Mattioli (CIO, AssuredPartners Inc.), with Kirk A. Behrens (Global CIO, Aon) serving as Vice-Chair. The Board consists of 24 members, including seven new Directors. “As ACORD celebrates its 50th anniversary, we are committed more than ever to supporting improved integration between industry stakeholders,” said ACORD President and CEO Bill Pieroni. “The impressive diversity, knowledge and expertise provided by our Board is invaluable in fulfilling this mission.”

The new Directors include:

Colleen Batman, Senior VP, Small Commercial and Personal Lines Operations, The Hartford. Batman joined The Hartford (Hartford) in December 2014 with over 20 years of industry experience. Batman oversees six service centers throughout the U.S., offshore resources, and home office support organizations, in addition to the Intelligent Operations Program and Digital Service agenda. Before joining The Hartford, Batman spent a 20-year tenure at Travelers (Hartford), where she served as VP, Strategic Planning and Execution for Business Insurance. Before that, she served as VP, Strategic Program Management, and led several IT and operational areas across Personal Lines and Business Insurance. Batman holds a Bachelor of Arts degree in Business Management from the University of St. Mary’s and an MBA from the University of St. Thomas, both in Minnesota. Mark Berthiaume, Executive VP, CIO and Chief Technology Innovation Officer, The Hanover. Mark joined The Hanover (Worcester, Mass.) in 2014 as Chief Administration Officer and was promoted to CIO and Chief Technology Innovation Officer in 2017, with responsibility for the company’s digital capabilities and platforms that enable the company to provide technology services and solutions to its partners and customers. Before joining The Hanover, Berthiaume held several senior leadership positions at Chubb, most recently as International CIO, overseeing global technology, as well as information security and compliance. Prior to that, Berthiaume served as CIO for Chubb’s United States commercial, specialty and surety insurance divisions. He serves on the Strategic Advisory Board for Insurity (Hartford) and is currently serving a three-year term on the Technology Committee of the National Council on Compensation Insurance (NCCI; Boca Raton, Fla.). He also serves on the Advisory Board for SelectHub, as well as The Institutes RiskBlock Alliance Advisory Board. Berthiaume was most recently appointed to serve on Western New England University’s Board of Trustees, in addition to its School of Business Advisory Board.

Richard Brame, Senior Director, Willis Towers Watson (WTW). Brame has over 35 years of experience within the insurance industry in a wide variety of roles. Currently Head of the WTW (London) Accounting & Settlement (A&S) function and Chair of WTW Ipswich Management Group, these roles include overseeing all A&S operations and change activity and promoting the development of the WTW Ipswich office and people. WTW were founder members of Ruschlikon and pioneers in the world of e-Accounting using ACORD messaging. Brame has been a member of the Ruschlikon Steering Group for nearly ten years, representing Ruschlikon within London Market forums and initiatives, and is the current Chair of the Ruschlikon UK Implementation Group. Brame is Chair or serves on several local, London Market, and Global Initiative Steering Groups. He is also the immediate Past President of the Chartered Insurance Institute of Ipswich, Suffolk and North Essex, a member of the Suffolk Chamber of Commerce Board and a Suffolk Business Ambassador.

Bill Devine, SVP, Business Capabilities Office, Travelers. Devine leads the Business Capabilities Office, whose Product, Information Management & Analytics and Strategy, Planning & Execution groups provide shared services support to Business Insurance. Since joining Travelers in 2005 in Personal Insurance Product Management, Devine has successfully led business efforts across several areas that have made significant contributions to creating value for customers. For two years, he led the Personal Lines Business Center in Syracuse, New York, and in 2010 he returned to Hartford to establish and lead the PI Platform Office with responsibility for strategy and execution of the PI business platforms. Additionally, Devine has held key leadership roles at the Enterprise level across Operations and Digital. Bill holds a bachelor’s degree from California State University at Fullerton and a J.D. from Whittier Law School, magna cum laude.

Ian Macartney, SVP, Head of Innovation, Argo Group US. Macartney is responsible for developing and executing Argo’s (Pembroke, Bermuda) digital strategy. He has 32 years of extensive insurance industry experience, both globally and domestically, in the life and P&C markets. In many of his roles, Macartney has been an effective change agent, bringing proven experience in business transformation and scaling startups into fully functional organizations. Macartney’s prior roles include CEO of the highly successful Marsh InsurTech subsidiary Torrent Technologies (Kalispell, Mont.) as well as having senior business and operational roles within Marsh (New York), both in the US, and the Lloyd’s market, as well as senior leadership roles at AIG (New York) internationally and Prudential UK (London). Richard Daniel McCoach, CIO, Nassau Re. McCoach is responsible for all technology and related operations in the enterprise at Nassau Re. He previously served at PricewaterhouseCoopers (PwC, New York) as a Director in Global Insurance Advisory from 2010 through 2015, where he helped clients define and achieve operating and actuarial platform transformation. Prior to this, he served as VP of Operations at Towers Watson Reinsurance Brokerage (Arlington, Va.) from 2006 through 2010, where he managed accounting, analytics, and key IT initiatives. Before joining Towers Watson, McCoach served as a Senior Manager with KPMG/BearingPoint from 1999 through 2006, and as a Practice Manager for Sybase from 1996 through 1999. He holds a B.B.A in Computer Sciences from Temple University, Philadelphia.

David O’Leary, President and Chief Executive Officer USLI, Genworth. David O’Leary serves as the leader of Genworth’s (Richmond, Va.) U.S. Life Insurance (USLI) business, working with associates committed to helping people age on their own terms. O’Leary joined Genworth in 2015, bringing more than 30 years of diverse industry experience from several insurance companies including AXA Equitable, American General Life Companies and Mass Mutual. As the President and CEO of USLI, O’Leary blends expertise in business management, a strong customer focus and an empowering leadership philosophy—engaging his associates in delivering on promises made to policyholders and developing and executing strategies to address the next generation of insurance products and services designed to help Americans manage the financial challenges of aging.

Returning members of the ACORD Board of Directors include the following:

More information on the members of the ACORD Board of Directors, can be found at www.acord.org/board.