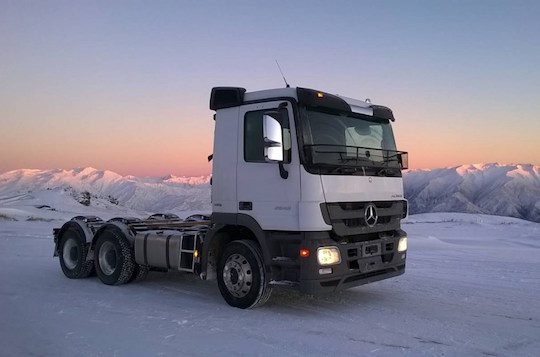 Accuscore, a San Diego-based driver scoring system provider formerly known as Acculitx, has introduced a separated scoring function for insurers and fleets. While the fleet sees scoring that more purely reflects the drivers’ behavior, the insurer receives scoring that adds in the risk elements of the driven road for a more complete view of overall risk exposure, according to Accuscore. The vendor explains that scoring can reflect not only factors that the driver controls, but also uncontrollable factors such as the nature of the driven route.  If risk is associated with changes in momentum, it is natural that the driver on a route with relatively more stopping, starting, and turning, will have the opportunity to have more negative driving events and; therefore, a worse score. Separated scoring is required to be able to utilize this type of insight as both an effective loss prevention tool for the fleet and a tool of significant underwriting insight to the commercial insurer.

The new Accuscore scoring capability builds on an existing score that combines driver behavior and road characteristics. While the commercial insurer would like to fully understand the risk of the total driving experience, including the driver’s behavior as well as the risk associated with the road, the fleet manager/safety manager wants good driving behavior to be reflected with a good score even on a more challenging road, the vendor explains.

“We want the fleet drivers to get a score that purely represents their driving behavior without being penalized by the nature of the driven road,” elaborates Alan Mann, President, Accuscore. “On the other hand, the insurer wants a more complete picture of risk exposure which includes both the driver’s behavior and the nature of the road being driven on.  Accuscore scoring is uniquely positioned to provide this insight as every second of performance quantifies subtle motion changes as well as identifying specific incidents of highest risk.”

Accuscore describes its scoring system as providing in-depth, second by second motion analysis, with multiple compensations applied to each second, which achieves the sensitivity of scoring that allows the vendor to isolate the “pure driving” score from the effects of varying road characteristics.

“The actionable nature of driver risk scoring is associated with its value as a loss prevention tool as well as an indicator of risk exposure for underwriting purposes,” continues Mann. “The fleet and the insurer have different needs in terms of scoring insight to fully monetize the value of driver scoring.”