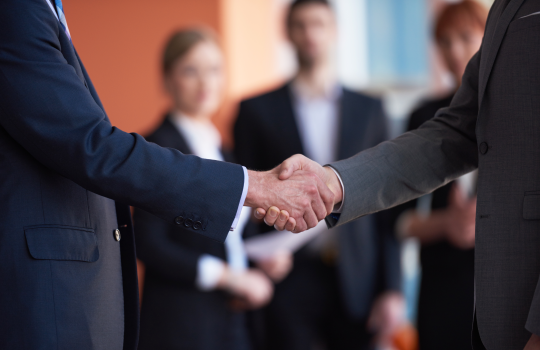 In April 2016 Accenture (Dublin) decisively clarified its market position through a deal that left Apax Partners (London) with a 60 percent share of the company’s Duck Creek core software business. No longer a software competitor with Guidewire Software, Accenture has now become a Consulting Select partner within the software vendor’s PartnerConnect program, with a focus on continental Europe and Latin America. Accenture will provide implementation support services for Guidewire products, and the two companies’ sales and marketing teams will collaborate. “As Guidewire has become more accepted by top-tier insurers as a transformational core platform, it makes total sense for Accenture to develop a closer relationship with them,” notes Matt Josefowicz, president and CEO of Novarica. “Now that Accenture no longer owns a competing product, there’s no reason not to.”

Accenture is one among several of Guidewire’s important systems integrator partners, but it brings outstanding scale, expertise and presence in Europe and Latin America, including relationships with top-tier insurers in those geographies. Guidewire has worked with Accenture in the two markets at the request of clients, and given the companies’ complementary capabilities, it made sense to formalize their relationship, according to Scott Roza, chief business officer, Guidewire.

“One thing that is unique about this partnership is our relative strengths in the market,” Roza comments. “Accenture’s insurance practice has deep relationships with many insurers, and they have the industry expertise, implementation experience, and regional scale to help Guidewire extend the quality and breadth of our delivery capability.” Accenture brings important capabilities to the partnership, including experience in implementing the software company’s products, according to John Cusano, Senior Managing Director, Insurance, Accenture. “As a professional services organization, we’re also investing heavily in key areas of digital disruption, including the Internet of Things platform and data and analytics,” he says. “These are two big areas of focus that will complement Guidewire’s software capabilities.”

Accenture, in turn, will help Guidewire achieve scale in meeting the European and Latin American markets’ appetite for transformation, according to Brian Desmond, Chief Marketing Officer, Guidewire. “You could argue that the industry has seen more change in the last two years than during the previous two decades, facing unprecedented challenges and opportunities,” he says.

European and Latin American insurers are not building their own systems but are using packaged software as a foundation for their transformation efforts, Desmond adds. “With that demand comes the need for software companies and their partners to scale,” he elaborates. “We have more than 6,000 Guidewire-certified consultants in our program, and partnership with Accenture will allow us to scale that even further.”

In Europe, the partnership will be more focused on transformation of mature markets, with attention more focused on countries such as Germany, France, Italy and Spain—at least initially, according to Accenture’s Cusano. The firm’s Guidewire practice lead for Europe, Africa and Latin America, managing director Fernando Acevedo, is based in Madrid.

Latin America is more of an emerging market play for the two companies. With a young population, the region is seen as a growth market by insurers, who see a need to reach customers with digital capabilities. Celent’s recent study, Insurance in Latin America 2016—The CIO Perspective, found that insurers commitment to digital transformation has accelerated rapidly during the last three years:

In 2014, our research indicated that 80% of the Latin American insurance companies that participated in the survey were about to start, were underway, or had recently completed their investments in projects related to digital transformation. By 2015, it was 85%, and for 2016, it’s 93%.

Celent reports that spending by Latin American insurers is expected to reach US$8.98 billion by the end of 2018 at a CAGR of 10.7% for the 2016–2018 period. Their activities will be focused on IT projects related to digital transformation initiatives and IT-enabled innovation, with an emphasis on distribution and customer service, the researcher says.

“There are some very interesting things going on in Latin America with regard to disruption,” Accenture’s Cusano comments. “We’re very interested in expanding our work in the region, and it definitely presents a great opportunity with regard to our partnership with Guidewire.”

News of the Guidewire/Accenture partnership came during the same week as Apax Partners’ announcement that it would acquire Agencyport—arguably the largest provider of P&C insurance systems of engagement in North America—to complement the new Duck Creek Technologies entity’s capabilities. The two deals show Accenture’s large professional services business and its much smaller P&C insurance software business thriving in their respective realms free of conflicts.

“It seems that both sides of the former Accenture/Duck Creek entity spread their wings a little this week, with Duck Creek making an acquisition that would have been too small to get any attention from the mothership, and Accenture partnering with a former competitor,” glosses Novarica’s Josefowicz.

In addition to being a competitor, Guidewire had been a legal adversary of Accenture. Thus the new partnership also represents a rapprochement between the two firms, which were involved for some years in a lawsuit. In 2007 Accenture alleged that Guidewire had infringed patents and misappropriated trade secrets. Guidewire countersued and accused Accenture of using its lawsuit as an “anti-competitive weapon.”