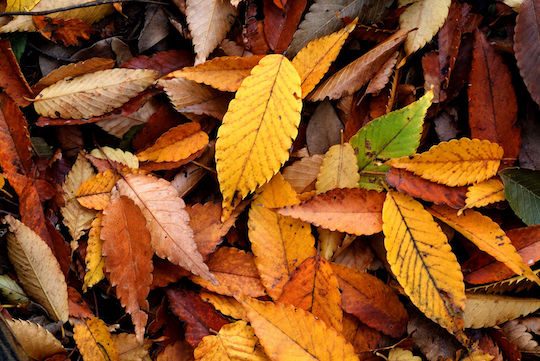 Yesterday we learned of the passing of our esteemed colleague Robert Regis Hyle, known to everybody as Bob. The insurance technology realm is a small world, and the cadre of journalists who cover it regularly is smaller still. With Bob’s passing last Saturday, it feels even smaller and emptier. Much as we journalists all tried to do our best and perform well against our competitors over the years, rivalry among the different publications was never intense—partly because we were so few, but mostly because everybody was so friendly. Nobody exemplified that tendency more than Bob.

Having started reporting on the insurance industry’s technology scene in 1999, Bob interviewed a great many insurance executives over the years. He also worked regularly with all the analysts, and of course with countless representatives of the various software, hardware and services companies who are suppliers to the industry. Many, many people had the pleasure of meeting and getting to know Bob, and they will miss him because of the kind of person he was. Jim Daggett, Bob’s business partner at the Insurance Technology Association (ITA), described Bob as a “gentle giant.” At first sight, one noticed Bob’s imposing height and a certain distinguished demeanor. As the conversation continued, he revealed himself as a very intelligent and knowledgeable journalist, but also as a genial, considerate, even avuncular fellow. Not given to dark suits and power ties, Bob came across more like a friendly professor than the curious and energetic journalist he was. Anyone questioning that latter characterization need only review Bob’s immense output over the years.

If you had the opportunity to kick back with Bob, you experienced Robert Regis Hyle the keen observer and wry humorist. Bob knew people, he knew the industry and he had some sharp—though never ungenerous—observations. Because of his deep experience, he had great stories too.

Trade journalists often start their careers fresh out of college, some have writing or editorial experience from other fields, such as marketing and public relations. Bob was the classic Midwestern newspaper man type. That wasn’t just style. Bob began his career in local news. And despite being one of the most prolific reporters in the insurance technology space, Bob also reported on local events and sports where he lived, on the Indiana/Ohio border. He owned the Harrison Record newspaper, and wrote for the Harrison Press for over three decades.

Bob’s local reporting was just one of the ways he showed that he was his own man. Bob established his reputation as creative competent journalist at the top of his niche, successful because he understood the material and knew how to manage confidences. He distinguished himself at a time when the publishing industry was feeling increasing pressure and editors were called upon to do more and more. Bob began his insurance-related career as editor of Ohio Underwriter, and became an insurance technology writer when he joined National Underwriter’s TechDecisions publication. His work continued there when the publication rebranded as PropertyCasualty360.com. He left his post as Editor-in-Chief there to co-found ITA with Jim Daggett in 2013. Bob was ITA’s content guy, and Editor-in-Chief of ITA Pro magazine.

It was gratifying to see Bob crown his career as truly independent journalist and publisher in our field. But it was gratifying because Bob was such a success as a human being. He leaves us a dear friend and colleague, and also as a beloved husband, father and grandfather.

I include two comments below, one from Jennifer Overhulse, a colleague of Bob’s on the marketing/communications side of the industry, and a brief excerpt from the farewell notice that Jim Daggett published yesterday, with Jim’s kind permission.

“I worked in the office next door to Bob Hyle at National Underwriter for years, and then continued to work with him after we both moved on from there, him to ITA and me to St. Nick Media,” Jennifer recalls. “Bob was a reliable standard in the industry, and a wordsmith workhorse. He was also one of the nicest, most genuine, down to earth people I have ever met. I will always remember the good times, the laughs, and the friendship. My heart goes out to his wife, Sue, and the rest of the Hyle family. Bob will be missed.”

Jim Daggett wrote, in language that will resonate for many, “I will miss Bob, his kind heart, his quick wit, his happy-go-lucky demeanor, professionalism, and his talent as a journalist. I could, obviously, fill several more pages, but will suffice it to say I would like to sincerely thank him for all of his service and hard work over the years, but most of all for his friendship.”

Friends of Bob can read other impressions and perhaps share their own at a memorial page linked here.