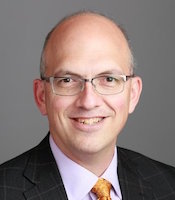 Craig Weber is a well-known thought leader and independent consultant, focused on financial services technology. Previously, he was CEO of industry analyst firm, Celent. During his 30-year career as a consultant and analyst, he has advised dozens of insurers, banks, and technology vendors on IT and business strategies. He is a passionate advocate for sensibly creating business value through technology. Weber is frequently featured as a speaker at industry events, addressing diverse topics such as innovation, IT strategies, and emotional connectivity. His comments on business and technology topics have appeared in USA Today, The Chicago Tribune, AP Newswire, Best’s Review, Business Insurance, and Technology Decisions, and he has appeared on CNBC’s On the Money. He has written numerous columns for publication and maintains an active research agenda focused on the transformation of financial services. Stephen Siegel  is an entrepreneur, board member, business executive, and independent consultant with a strong focus on financial services. He has founded and sold several firms and was a co-founder and Managing Partner for Building2 Investments, a private equity and consulting firm with operations in the US and Japan. In addition, he served as chairman of Andera, a startup focused on customer acquisition technology, which was later acquired by Bottomline Technologies. Siegel was a pioneer in the use of AI within insurance, as the director of knowledge engineering for Applied Intelligence Systems, which implemented an underwriting expert system in the late 1980s that underwrote $20 billion in risk annually. Currently, Siegel serves as a mentor for the Hartford InsurTech Hub and as an advisor for the Brown University Entrepreneurship program. He also advises several long-time clients in the insurance space on their technology and business strategies. He has a Master’s Degree and his PhD in Experimental Psychology from Brown University.