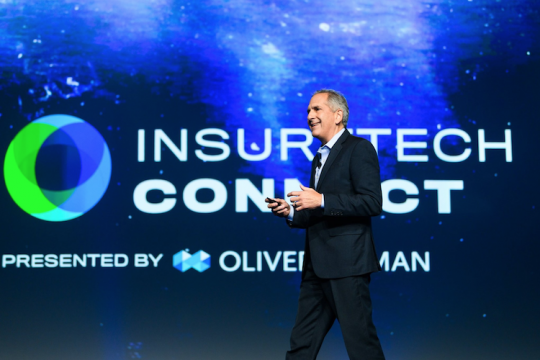 With 7.000+ attendees from 60+, the InsureTech Connect show (ITC) is undoubtedly the one-stop-shop for insurance professionals from around the world. This time a lot of Europeans attended, along with participants from other parts of the globe. Here are my key takeaways from behind-the-scenes discussions.

“We came to see how much we needed to catch up. But we realized that we aren’t behind too badly. We are equal in large parts of the value chain. Even in the ‘not-so-good areas,’ it still isn’t as bad as we thought initially,” said a C-level executive of a large broker from Western Europe.

A good number of decision-makers from the European insurance industry—especially those who attended the ITC for the first time—agreed with that.

“But there are plenty of notable use cases to see at the ITC. We have no reason to relax,” the executive added, reflecting a widespread view.

InsurTech hype is over— on both sides of the Atlantic.

“Now it takes more than a keynote, a hoodie, or a pink YouTube video of a Chabot powered sales process to shake the industry’s foundation or even get my attention,” a senior decision maker from France admitted.

In many discussions, there seemed to be a degree of insurance innovation fatigue. A lot of professionals seemed also slightly burned out by the year’s innovation efforts. In addition, this year’s ITC was not dominated by news breaking announcements or keynotes that triggered goose bumps, but rather more by the down-to-earth exchange of decision makers and updates from the machine room of the insurance and InsurTech industries. But that is actually great news—because it shows that the hype may be over, and that InsurTech is the new normal.

The agent is not dead—yet

In several private talks, both European decision-makers and their American counterparts emphasized that the distribution channels of agent and broker aren’t dead. Nevertheless, it appears as if many European insurers are ruthlessly preparing for a future with fewer insurance agents and brokers than today. The author (right) in conversation at InsureTech Connect. Photo courtesy of ITC.

Brokers and agents were prevalent in many European markets about two decades ago. It wasn’t the iPhone that changed this, but in many cases the explosion of web-based comparison sites—the aggregators. The iPhone and the mass adoption of mobile internet changing customer behavior just accelerated this development.

A little food for thought for markets that have not yet seen mass extinction of brokers and agents yet: do not ignore or scorn aggregators when they open shop in your state or region. European insurers did—at first, they ignored the aggregators. Then they laughed at them. But later on, they started paying billions to get leads from them.

“I am not afraid of any InsurTech nor incumbent. I am afraid of Amazon, Google, and the Chinese insurer: when a single one enters the market substantially, its game over,” asserted one board member from Europe. “Therefore, I am happy about any help I can get—even from people that said I will be out of my job a few years ago.”

The toughest hurdle for insurance companies across the board is that a large proportion of consumers neither look for nor like insurance. This is a lesson a lot of InsurTech startups learned bitterly not gaining the traction in the b2c market as hoped. As a result, in both Europe and in North America we have seen many startups change their business model from market disruption to supporting and enabling traditional insurance companies.

Many industry leaders shared the same view on the B2B(2C) trend. Let’s not forget, there are still, various InsurTech startups working on products and business models that could potentially disrupt the market. So, although some InsurTechs are waiving the white flag or trying to save themselves by not disrupting but enabling insurers, the threat of disruption remains.

There was also a discussion about marketing strategies having reached maturity and the decline in customer churn. Many decision-makers discussed ways in which insurance companies can hack customer’s attention without spending a fortune on traditional advertising methods like TVs, radio or Google Adwords.

In Europe, companies are using attention-hacking strategies—in social media marketing, influencer marketing, and micro-content marketing to get their products and services to clients while increase efficiency and significantly lowering the cost of customer acquisition.

The final trend that I saw at the ITC was close interaction and intertwining of international insurance and the InsurTech community, coming together for a common goal: to serve the 21st-century customer in a better way.

After all, if we do not do it, someone else will.

What’s Driving Insurance Innovation and Where is it Headed?—ITC’s Caribou Honig

Q&A: ITC’s Jay Weintraub on the Maturing of the InsurTech Movement