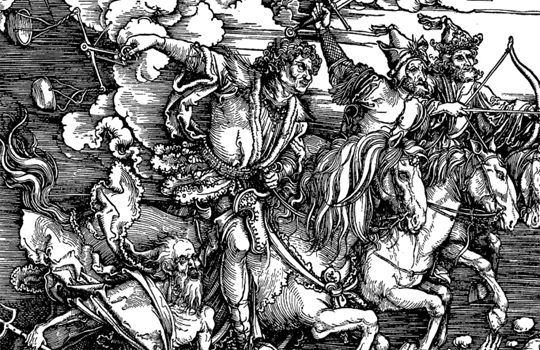 Own up if you’ve ever rolled your eyes in a meeting when someone said something stupid? Or sighed to display your disbelief or displeasure?

We’ve all done it.

I have a friend who’s brilliantly smart and good at what he does. But there comes a point in his interactions with colleagues where he is so frustrated at not being understood or listened to, that he sits back in his chair and disconnects from what’s going on in the room. His frustration is understandable but his response his unhelpful to his teammates. His contempt is palpable. Unsurprisingly, at this point communication breaks down and his bridges within the team are very hard to rebuild. For this friend, this behavior is limiting his career as he’s seen as not being a team player.

So what is it about this behavior that is so destructive?

While many of us may resort to this behavior, it’s unhelpful. These toxic communication methods are an issue for both team member and team manager.  Anyone who leads teams needs to develop the ability to notice this behavior and nip it in the bud. It’s one of four types of toxic team behavior that undermine the cohesion and productiveness of teams.  And for the individual, we make choices on how we interact with people, and though it may feel good to take the self-righteous path, it’s important to understand the consequences of our choices.

Research into marriages can help our understanding of teams in the workplace. John Gottman can predict the outcome of a marriage with 91% accuracy. He’s able to do this because he’s studied the behaviors that lead to the breakdown of marriage.

Gottman names these poisonous behaviors as the four horsemen of the apocalypse – a brilliant metaphor for the damage and destruction of they can cause. He notes that “these four horsemen clip-clop into the heart of a marriage in the following order: criticism, contempt, defensiveness, and stonewalling.” When these four horsemen ride into town, it’s not about solving the problem but rather ensuring that the blame doesn’t stick.

At the very core, workplace teams are relationships much like marriages and so his research provides important insight for companies looking to foster team productivity.

The first of the horsemen is criticism, which is a complaint about a person’s character. It casts judgment on an individual.

The second horseman, contempt, follows criticism. This is when we sneer, roll our eyes, or use sarcasm. It’s a display of our disgust in a person, which is the reason why contempt can escalate a conflict.

Once contempt shows up, the other party usually becomes defensive because they feel vulnerable or under attack. This can go along with denial, making excuses or blaming someone else. This objective of being defensive is to protect one’s integrity, be seen to be right.

If defensiveness is not successful at protecting interests, people resort to stonewalling. This is a place where all hope is gone and the person has decided there is no point in engaging further. This is a choice to disengage from any communication, limit oneself to monosyllabic responses, or take refuge in multitasking (working on a laptop on through a meeting). It’s the time where we withdraw into our shell in a self-righteous and defeatist “harumph.”

I’ve sat through many meetings where any combination of these behaviors are evident and the chairperson or manager brushes over what is happening. And for not without reason – it is can be difficult to take a stand or intercede in a negative discussion. But there is a downside and cost of letting the four horsemen trample through the meeting. These communication styles undermine the team’s ability to resolve conflict, and perpetuate problems rather than solve them. And much like the impact on marriages, the four horsemen can damage the fabric of a team and their ability to achieve or produce anything meaningful.

We may not have the option to divorce teams at work but many of us will have wished for that option once the team has collapsed into this dysfunctional space.

Toxic communication methods are an issue for both team members and team managers. Know that it’s human to err and to ride one of the four horsemen, and be willing to accept your part undermining the team cohesion. Be willing to get off the horseman you have chosen to hitch a ride with.

For the manager/team leader, it’s important to develop the ability to notice these behaviors. You have the several options including calling out the behavior (most people won’t be aware of what they are doing), mediating between the parties, and cooling the situation before continuing. All actions require a level of courage to intercede.  For the sake of your team’s cohesion and productivity, I’d say the discomfort is well worth it.