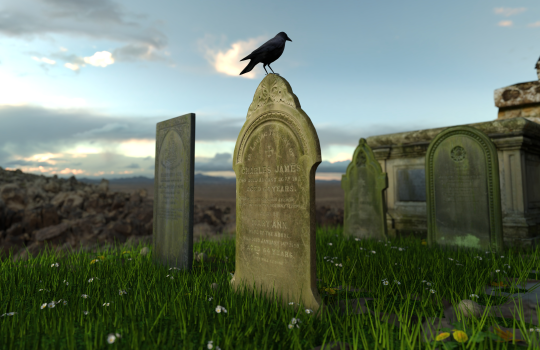 The report of my death was an exaggeration – Mark Twain

In the past few months, I’ve had several conversations with insurance CIOs about the future of their role. There is no doubt we are at a fascinating inflection point in the evolution of corporate IT and as such, the evolution of the leadership role of that department.

Several decades ago, the technology department was a provider of expensive desktops and calculators and its leader by necessity was undoubtedly a geek. Fast forward and today’s IT has been industrialization and transformed for the most part into a reliable service provider. The CIO in charge of a steady state tech team is more program manager than geek. But the digital storm of relentless and perpetual change means the mature service provider is no longer sufficient for what the business wants in 2015. There is huge appetite and push for innovation and disruption from business leaders with the expectation this must happen in addition to a predictable, secure IT operational environment.

As with all periods of uncertainty, come predictions of the death of some and the rising from the ashes of others. There are three myths persist in the press. Although the CIOs I speak to are dismissive of them, they are worth exploring in more detail.

Myth 1: The Chief Digital Officer will replace the Chief Information Officer. It has become fashionable to have a Chief Digital Officer (CDO), which supposedly shows the organizational commitment to “going digital.” However, this role is more symptomatic of an organization unable to meet current business requirements with IT. Similarly, in the late 90s, the new role that was created outside of IT was Head/VP of e-commerce in response to the dot.com boom. Quite reasonably, these roles serve as a short-term fix to changes that the current organizational structure and hierarchy cannot meet. Only those tanker-like organizations need CDOs and even that isn’t a long term solution. Overtime, the digital responsibilities of the CDO will be rolled in the IT departments and the CDO role will have performed its function.

Myth 2: The Chief Information Officer is under threat from the Chief Marketing Officer. This myth is fed by a data point that the CMO would spend more than the CIO within the next two years. In recent times, the marketing department has grasped what is possible with the new technologies. Let us embrace that as a success. The abundance of ways to interact with customers, to track their preferences, and to develop meaningful customer relationships abound. There has indeed been an increase in spend by marketing as the CMO sought out such solutions. However, effective marketing technology requires integration into the back office, multi-disciplinary analytics, and strong governance to manage reputational risk. And this requires support of the IT department. The CMO and CIO need each other. The CMO will not be replacing the CIO.

Myth 3: The role of the Chief Information Officer will disappear in the next decade. There are several truths that are put forward as drivers in support of this myth. Firstly, the increased level of digital literacy amongst the business community is impressive and welcome. However, learning how to code in a day (a current hot trend in the United Kingdom) is a very long way off from managing a complex IT operation. Secondly, the fact that increasingly more IT services are outsourced doesn’t diminish the role of the CIO. Rather it creates space and opportunity for a CIO to shift focus from the minutia of operations and contribute as a business executive, whilst still keeping a watching brief on the outsourced part of the business. The role of the CIO is absolutely changing to conflate this change with the end of the role is to underestimate the importance of technology.

The future of the CIO is dependent on how the incumbents remain relevant to their business. I know many great examples of CIOs focused on customers, products, and innovations who are key contributors to the business strategy. Those are the ones that will be around in the next five years. The role of CDO will be cast aside as the fad that it is, and marketing will have a stronger alliance with the IT department.

And the person in charge of the strategic application of IT within the insurer will still be called the CIO.